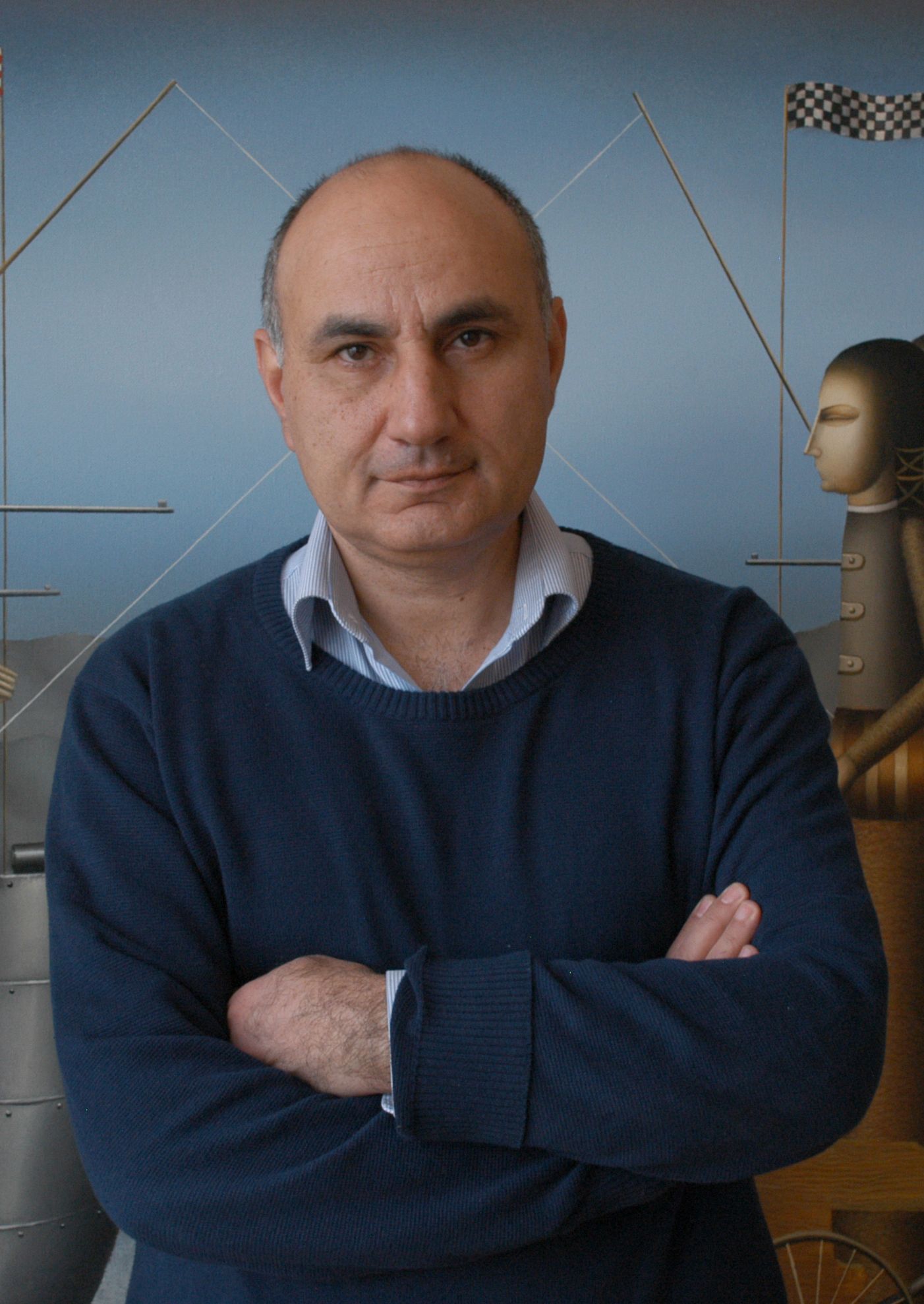 1992  Member of the Artists' Union of Armenia

2013   Arame Art Gallery published a catalogue devoted to his art. 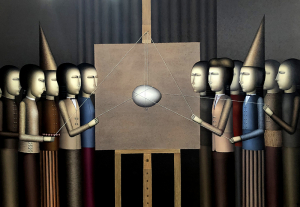 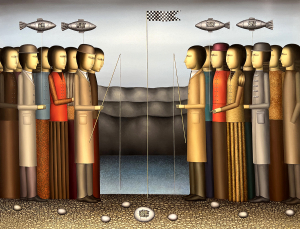 What attracts ones attention at first sight is that the paintings of Armen Gevorgian reflect an individuality which is impossible to attain. It seems that everything is already done, seen and experienced in figurative art, so that it becomes rather complicated to avoid a fate of some appendage of famous analogues. But Armen is such an artist who could never accept the role of satellite, and we can apparently feel it both from his unusual, exceptional handwriting and irrational way of thinking.

Lacking daylight in his box-room like studio, completely isolated from the outward life, Armen travels with his personages, moving from one painting to another , changing surroundings and situations, and never leaving this rather strange, non-existing, but such an organic and native state, and never wishing to emigrate. Neatness and order he has established here are worthy of respect: no spontaneity, nothing from Bohemian chaos or artistic disorder, but, at the same time, not a bit of mathematical coldness.

The outline of plot in his unique one act performances is concentrated on the culmination point. Don’t try to find hidden meaning, don’t wait for mysterious ending, don’t seek for morals. These laconic, apparently stagy stories are just games of a grown-up human being- neither infantile, nor naive. They are meditations of a kind dramatist who prefers to see conflicts only on the stage. Tune the time and listen to the music of the Mediaeval poetry. . .

The quantity of accessories that the artist operates with is rather limited: dummies, pointed caps, turbans, ornamental clothes and curtains, lances metal armour, easels, flowers, eggs – all these objects compose the strange and extraordinary world of Armen Gevorgian. The conditional character of environment pre-determines the situation. In spite of restrained coloring his paintings don’t contain tragic or dramatic elements, they are calm and contemplative.

Armen is one of those artists who brake fully formed stereotype of ‘’Armenian’’ multi-colored painting. Without showing a preference for any kind of color thinking, it is desirable that one should realize and accept the natural physiological origin of each creative person.

Although Armen is a hard worker, he never worries about quantity of his paintings. Armen does work for so-called elite, for a limited circle of artistic ‘’gourmets’’. His paintings are not pretentious, they are enough democratic to be touchable and acceptable for different tastes, different audience, be it a common spectator or an experienced collector. One can recognize them among hundreds of paintings. As for admiring or loving them, we don’t dare to deprive the audience of making its own choice.