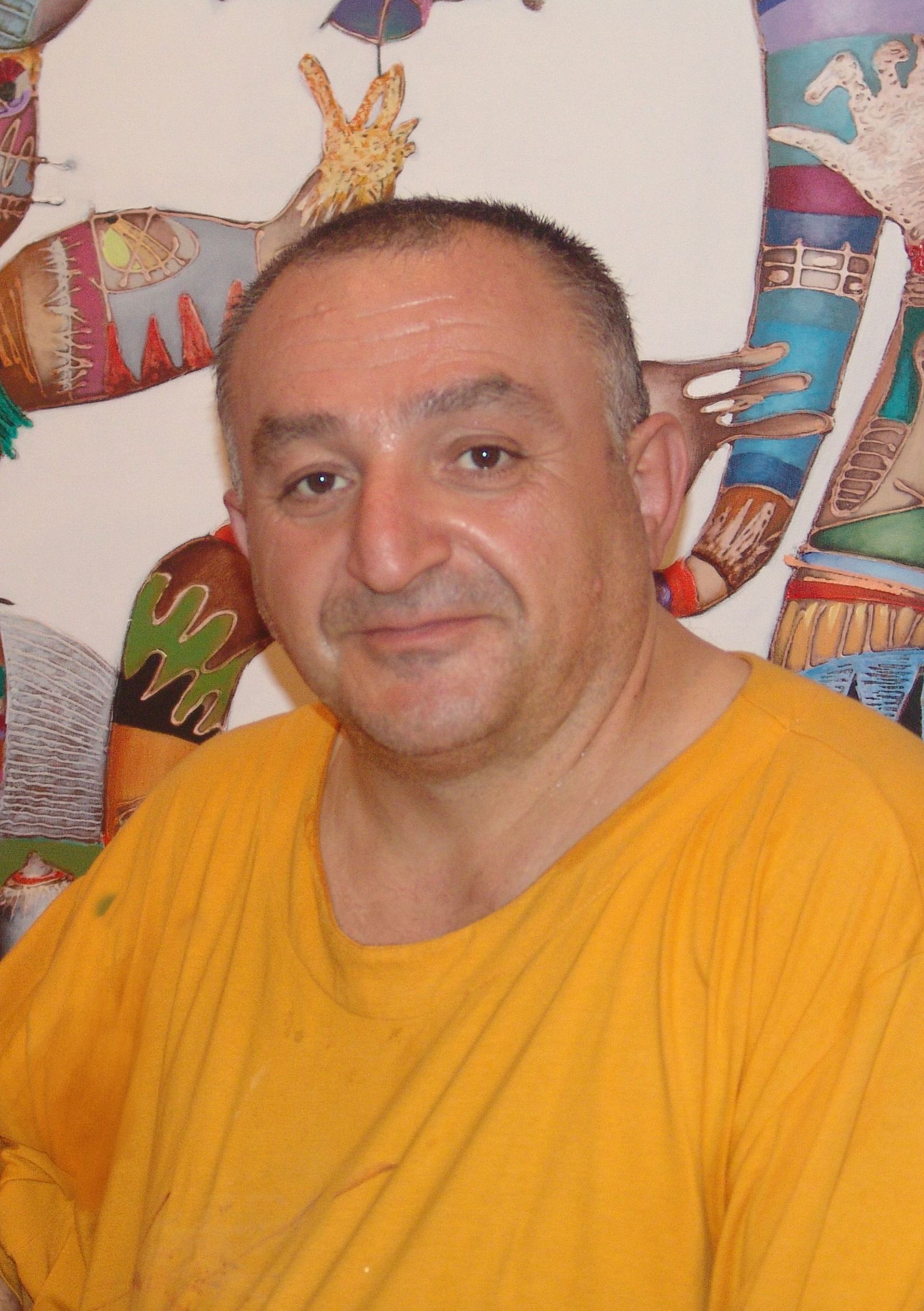 What I remember from geometry is; “Every straight line is shorter than a curve one”. Creativity  is the hardest yet the only dignified path in art to follow. Any turns to the left or to the right are equally unacceptable. The background has changed, the decoration and the cast but it has remained unchanged in its essence.Still there is a bunch of gifted young people of art currently working in Armenia. It makes no sense speaking about their welfare as it doesn’t exist at all. Today, an artist has to rely on his own fate. But there are two sides of the coin…

Lives of the new generation artists have quite a lot in common. Fortunately, this is not true for their works. The training period is usually considered as a preparatory, preliminary stage.

Gabriel Manoukian has gone through numerous trials and attempts up to surrealism and abstraction. His paintings suggest an impressive intellect of a man who is well informed about the latest tendencies in Modern Art. His shortened name, Gabo, is quite known  both in Armenia and abroad. The first  impression from his works is a kind of a sudden shock. Are they illustration for some unknown  fairy-tales or fantastic stories? However, they are neither. Although, the paintings do sound incredible and fantastic. It is easy to perceive Gabriel’s creations also because  he has no forefathers in the national art, and it looks like there won’t be followers either.

Gabriel is a joyful man and a confirmed optimist. No surprise, one  of his series that never halts like a perpetual engine, is entitled “Ha-ha,hee-hee!”. He lives with that very instant, and this is what makes his art so attractive. I have never been present  at this instant of creation  in his studio. But I have a feeling that when he is left alone to create his images, he is chatting and laughing with them. In other words, he is never alone in his solitude.

Gabriel’s imagination has no boundaries. The volcanic style of his everlasting creativity is just amazing. His kingdom is inhabited by fancy creatures, but  these are not some strangers from other planets. They are familiar people of the Earth presented  in a strange , unusually  exaggerated interpretation. Easily and freely runs Gabriel’s non-verbal dialogue with representatives  of flora and fauna.

The only thing one might scorn Gabriel for, is his excessive insatiability for dreams, which are never compatible with his possibilities. And this holds  true for whatever he does. He constantly reconstructs and re-designs his small apartment on the eight floor. He is just unwilling to accept the reality that whatever “extension” is made the space will never be increased.

In one single  painting he tries to solve all the problems of his imaginative creatures who are no less greedy than himself. He resembles them, he loves them, and they love him as well. This is a positive greed. Irving Stone gives this concept a precise and well-grounded definition , a “Quest for Life”