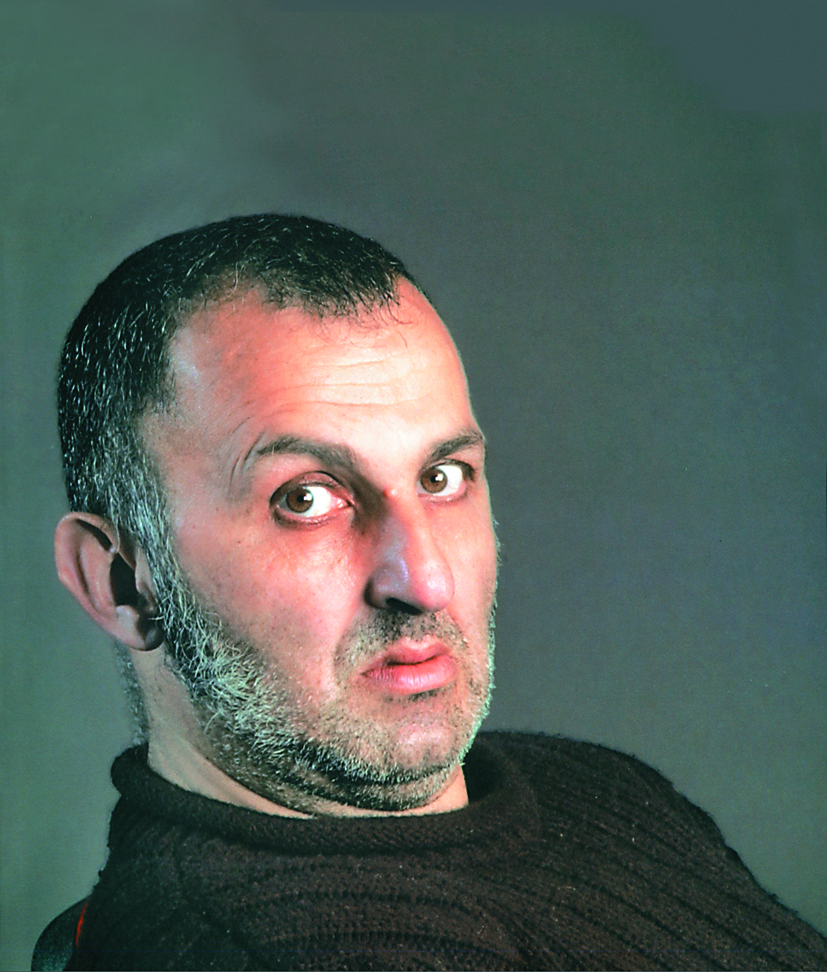 1980  Emil and his family moved to Los Angeles, California, where he lives and works till now

His works are displayed at Modern Art Museum of Armenia, Museum of  National Architecture and Urban Life (Gyumri, Armenia) and in private collections in USA, Germany, France, Switzerland and Russia. 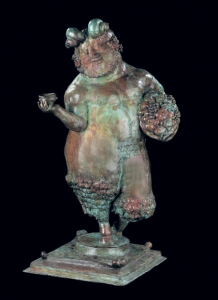 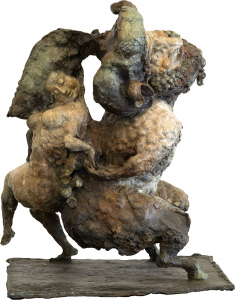 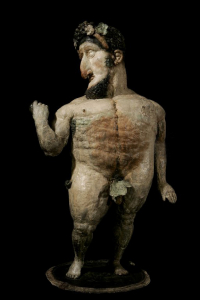 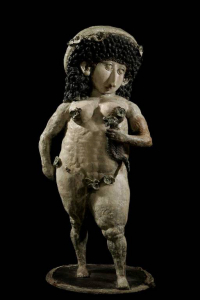 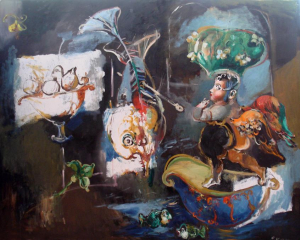 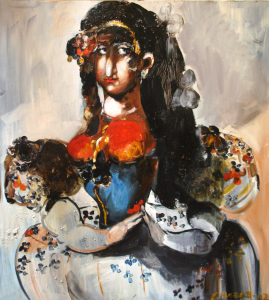 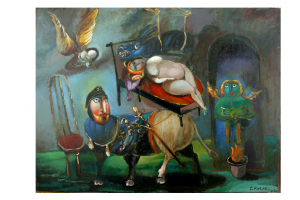 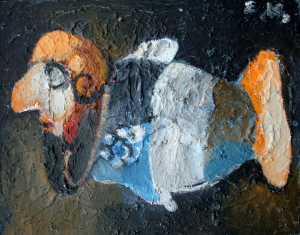 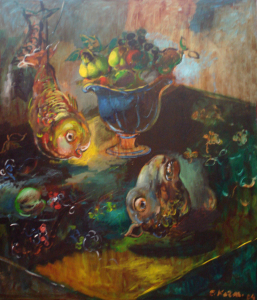 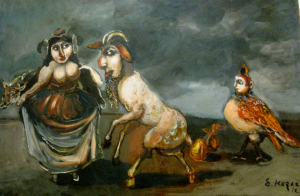 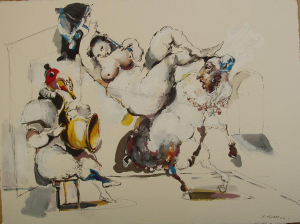 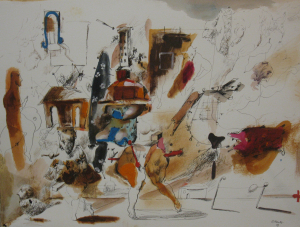 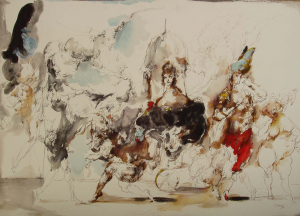 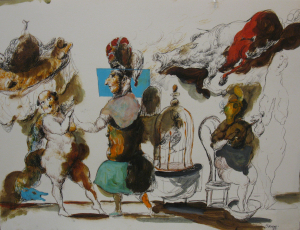 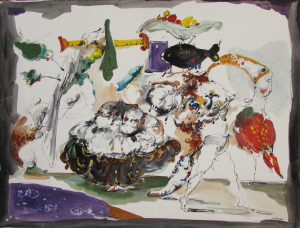 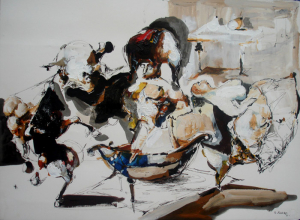 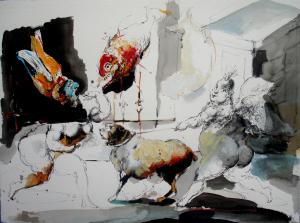 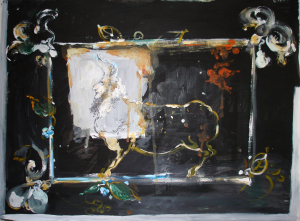 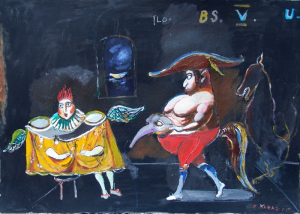 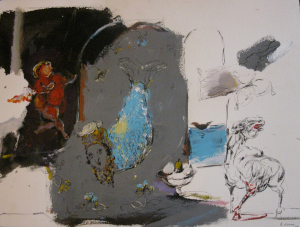 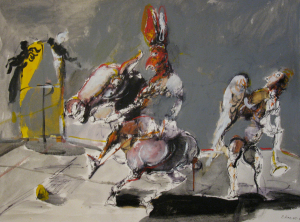 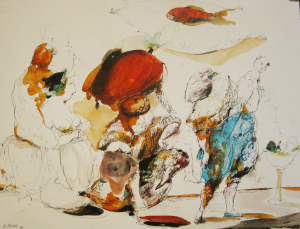 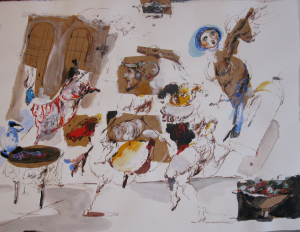 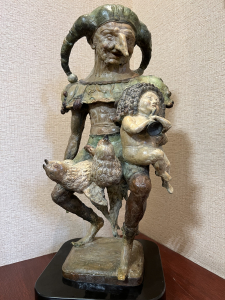 Armenian born artist Emil Kazaz creates mythological grounded figures within a realm of half-light. His themes are a blend of sensual mysticism and provocative introspection –beauty, love and valor prevail. Kazaz's characters are original, acutely observed, and marvelously refreshing –especially considering how well worn this territory is. Although often obscured by the appearance of conformity to western classical figurative tradition, his sophisticated and culturally diverse aesthetic psychology produces a living rather than mummified iconography, not from frozen in time but archetype dancing to our collective internal rhythms. Once you recognize his anti-formal dances, the classicism becomes transparent.

Kazaz straddles the creative philosophies of two world cultures, East and West, bodies in constant flux. He twists conventions together. Iridescent Arabic manuscript illuminations romp with Western compositional restraints  emotion and color, confronting line and form. These myth shrouded figures push us around, disturb our choices and decisions, without slick faddism. They attach themselves to something deep within each of us, and, like cartographers, provide maps for our humanity.

Early on, Kazaz abandoned the stiff realist paradise of his academic Soviet-styled Art School training, as well as the West's formalized penchant for abstraction and conceptualism. He sees both systems as obsolete and not helpful to the human catharsis within society. He also disclaims any connections to the self-centered political appropriateness advocated by much of today's criticism.

To paraphrase the poet John Dryden, Art is the "image of nature". All theories of Art have made some allowance for both terms: image, a thing in itself, a construct; and nature, what the Art addresses or imitates. Kazaz imitates nothing and creates everything, leaving nothing to chance. In his work, nature is more ontological than semantic. He moves people from the center of the contemporary universe and reconnects them to metaphysics of our collective past. Pushing the viewer into a thoroughly personal macrocosm, Kazaz does not subordinate his mythic and "supernatural" beings to anything. Not the fuming of a malevolent Old Testament God or the god haunted demiurge of Greek thought. His characters and situations exist in their present, always trying to meddle with their destiny, and like the adventurers of Homer, moving through unreal worlds of appearances where nothing is what it seems.

Kazaz's approach to Art brings us to the fringe of human nature. Masked by rich color, pattern and texture, attached to brilliant forms, Kazaz's attention to detail is never for its own sake. They are links that connect us to his reconstructed nature, philosophical fragments burning with supernatural potency, that set boundaries and make rules. Kazaz's powers of imitation and aesthetic judgment fool us into thinking we know his terrain. However, upon closer inspection, we find ourselves questioning our very nature while tightly holding on to what we believe, and accepting flux as stability. There are countless gods, heroes, and demons in our world. You can find them everywhere. They are in Art, literature, and religion. Kazaz's vigilance catches these ethereal beings overseeing the normal routine of everyday people.

Emil Kazaz has been living in Los Angeles, California, since the 80's, where he has been developing very successful international career.