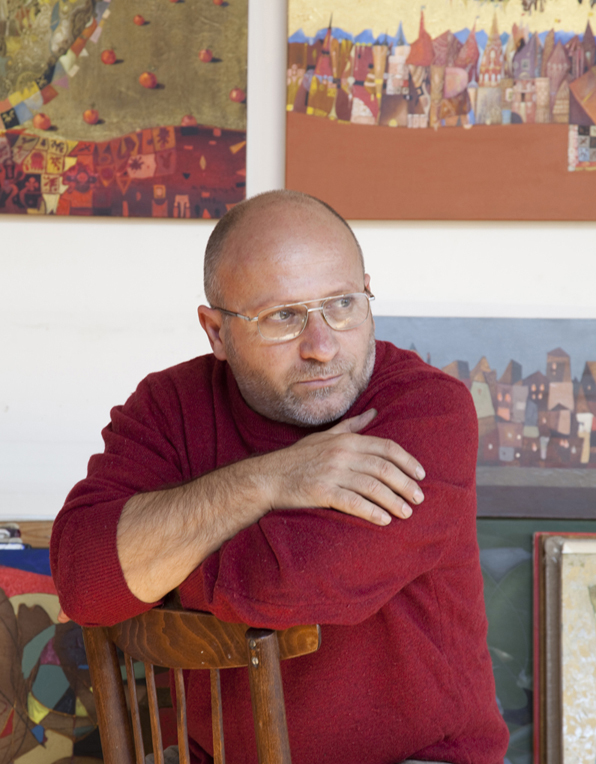 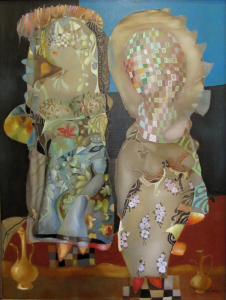 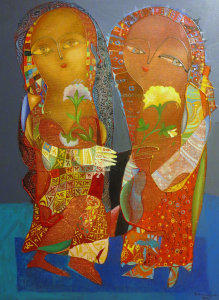 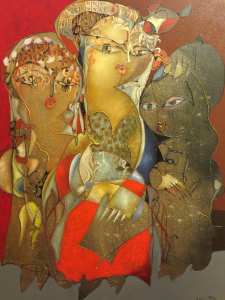 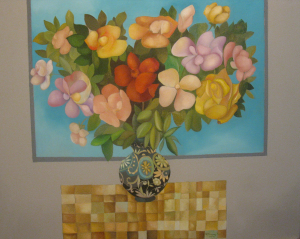 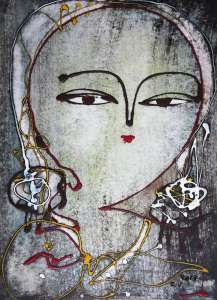 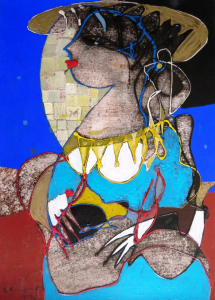 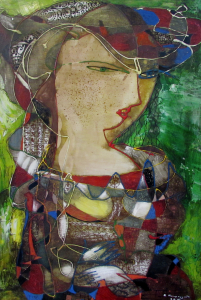 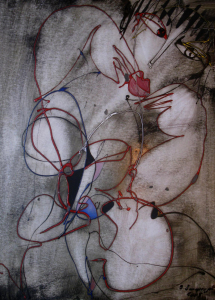 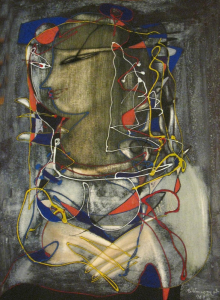 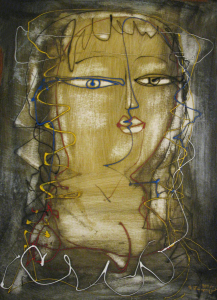 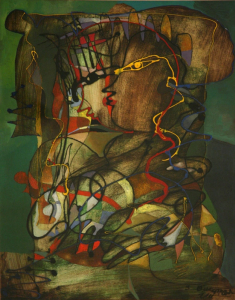 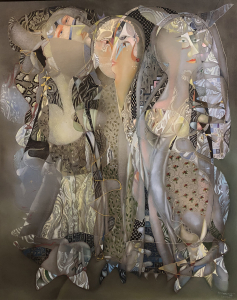 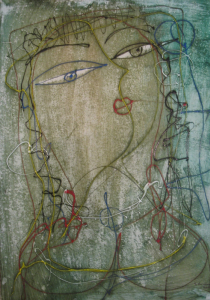 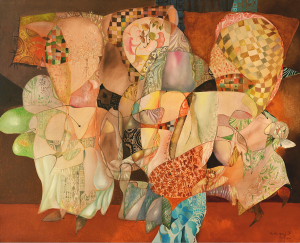 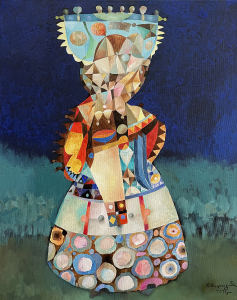 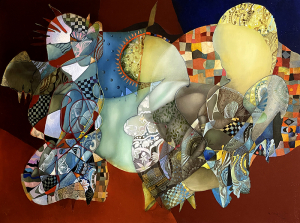 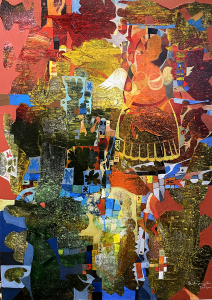 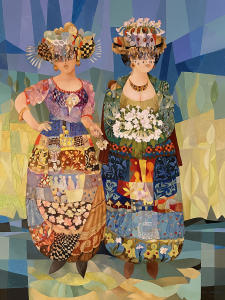 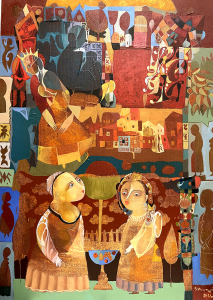 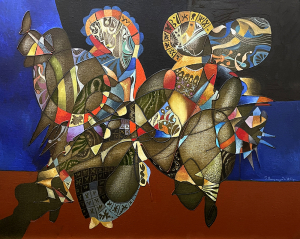 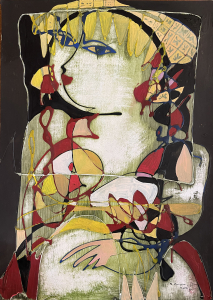 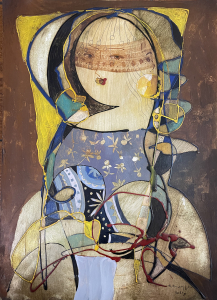 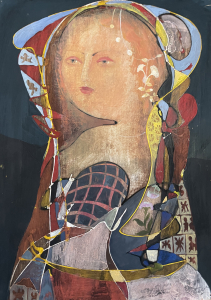 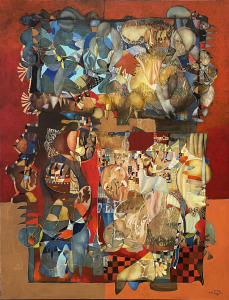 Having found his theme once, Tigran Matulian follows it very seriously and consistently, trying to experience all its profundity. There is no doubt, that the source of the artist’s inspiration is the East, with its refined sense of decorativeness. The aesthetic passion of Matulian towards the ornament, which is far from any concrete historic style, associatively refers to Byzantine mosaic and ornamental art, to Armenian, Persian carpets and fabrics, to Indian printed clothes. His masterly, organically vivid pattern expresses the complicated attitude of the artist towards the invisible, mysterious aspects of life.

Tigran Matulian belongs to those artists, about whom we can say, that the virtue of their art lies in its specific character, but not in the synchronism of the reflection of the reality. His artistic manner, which is not deprived of the sweet smack of the oriental splendor, is liberated and directly connected with the development of the thinking. The charming world of oriental tale as dissonance intrudes into the reality, which is full of profound social and spiritual shocks, into the era of scientific discoveries , which do not diminish ,by any means, the part of the unknown and inscrutable. Tigran abstracts the reality, ciphers a certain object, or the eternal notions of love, passion, expectations by an abstract form, but he never burns the bridges between the figurativeness and abstractness. As well as the objective world, the abstract one exists in the artist’s consciousness as an inner necessity, and it becomes original, natural. The bold-color dramatic composition of Tigran’s artworks is being materialized in the intricate design, ornament, which arouse quite concrete associations with the oriental carpets, textiles and jewelry. It is a special world , another reality, which has no connection with the world around us, and which is perceived only emotionally.