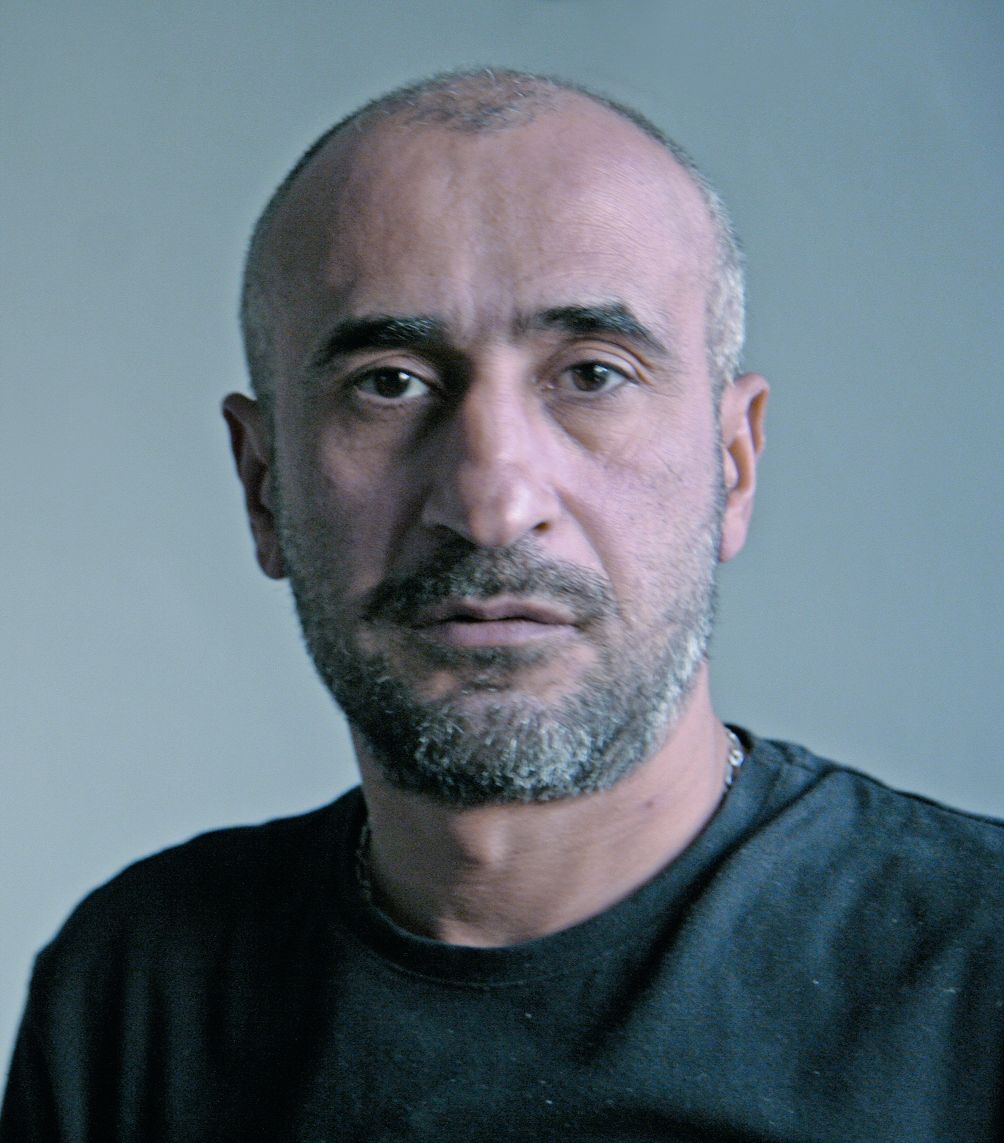 2012       Exhibition dedicated to 40th anniversary of the founding of Modern Art Museum of Armenia     Yerevan, Armenia

Private collections throughout the World 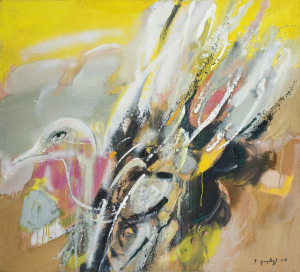 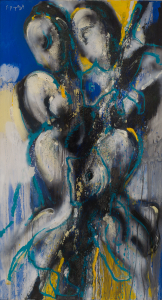 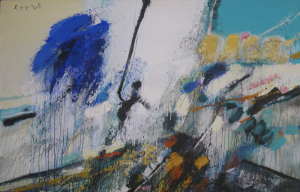 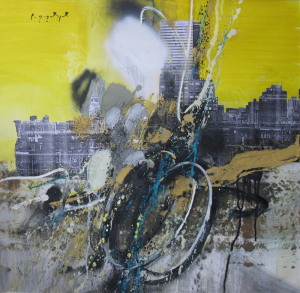 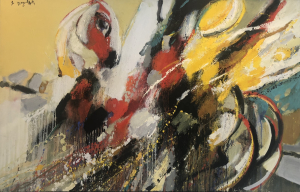 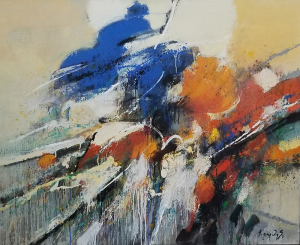 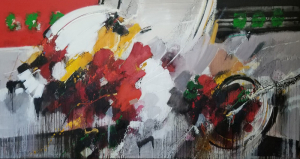 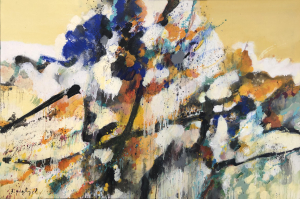 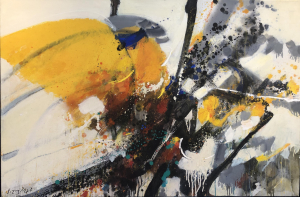 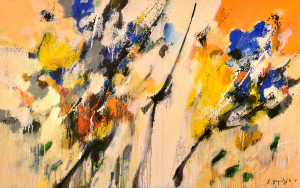 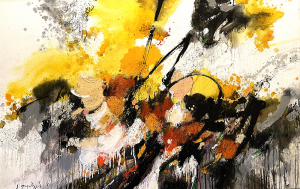 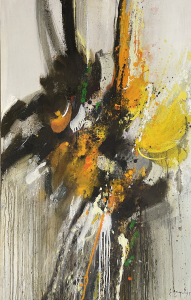 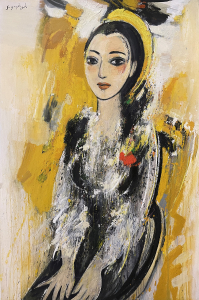 Statement of intention: The starting point: the moment of arising of the present between the past and the future. The perception of the unreal on the brink of the apparent reality…

While accepting the materiality of the non-existent, to feel, at the same time, the unreality of its existence…

The aim: to designate the integrality of the acutely felt, the certitude in its validity, the acknowledgement of the contradiction and the record of the consequence as a fact…

In Gagik Ghazanchian’s paintings the viewer is continuously confronted with a stereotypical structure of the canvas, and its constituent elements, the background and the figure are in contrast with each other. The background represents a collage that has its origins in photography. It embraces downtown districts of highrise buildings often to be seen in contemporary American megalopolises that came to replace medieval cities. In contrast  with the background, the third element evolving in the  foreground is nothing else than a color composition expressing motion which is sometimes semi-figurative and sometimes a completely  abstract play of artistic creativity.

Is this stereotypical construction of the surface of the painting a reflection of artistic rigidity or does it refer to the stereotypical character of contemporary urbanism? On the one hand, we have the standardization of our environment resulting  from the assembly-line principle, which brings forth the material-objective aspects of things: material, color, form and size. One the other hand, the artistic flexibility of the contemporary individual helps to counter-react against the transformation that has created the imperative to transform one’s whole life into a permanent performance.

The temperament and human willpower manifest themselves in the color qualities of the painter. His perception of the contemporary world has developed far away from boundaries of mere national self-knowledge, in contrast to many timeserver painters longing to sell and set their names in the hardly  established Armenian art market.

He is able to distinctly define problems of nowadays existence, as a man of 21st century. However, he can’t remain indifferent to the emotional experiences in his home city. He belongs to this city and he can create poetry concerning the whole spectrum of its drama.

Painter Gagik Ghazanchian is a focused vector towards the culture of the future. I expect much from his searches. His potential as an artist allows a presumption that his destiny is a genuine way of suffering and deep deliberation, enlightenment and disillusionment.