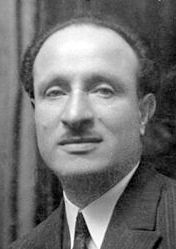 Garabed Charles Atamian was born in the wealthy family of Mgrdich Atamian, a goldsmith and musician, and Mary Afker (Constantinople, Ottoman Empire). He was the second of five children and completed his early education at the Mkhitaryan Armenian School in Pera, Istanbul. Garabed then attended the local French school Lycée de Saint-Benoit. He continued his education at the Murad Rafaelian Armenian College of Venice, where he studied along with Edgar Chahine. Upon returning to Istanbul Atamian opened his first exhibition, whis was a big success and he was invited to work at the newly open Yildiz Porcelain Factory of the Ottoman Court (from 1894 to 1896). He was appointed as the factory’s chief designer. A number of Atamian’s porcelain plates bearing his signature “Atam” are now exhibited at the Topkapi Palace (the main palace of the Ottoman Empire). Plates which he created include portraits of the sultans Mahmud II, Selim and Abdul Mejid. The Hamidian massacres of Armenians made impossible  Atamian’s realization as a painter in Constantinople. He sought refuge in Paris in 1897 and predominantly worked and exhibited there. In Paris his name Garabed turned into Charles. Here Atamian exhibited at La Nationale from 1913 – 1942, at the Independent Gallery from 1938 – 1945, and he was made an Associate of La Nationale in 1927. In Paris he also illustrated nearly 150 books, including novels by such famous writers as Anatole France, Guy de Maupassant, Henri Bordeaux, Rene Bazin and created colored illustrations for the French translation of B. Litton’s “The Last Days of Pompeii”. He also created artworks for theatrical stage productions. The first oil painting by Charles Atamian was exhibited at Salon d’Automne in 1903. From that year and onwards, he participated in various exhibitions with overwhelming success. In 1923 Atamian spent the summer in Saint-Gilles-sur-Vie in Vendée (France). It became a habit of his and he returned regularly until 1939. Many of his famous landscapes and marine artworks were developed precisely at this summer residence. Atamian is the painter of open air blinks. Few artists have such a feel of light as he has, it’s his privilege, the result of spontaneity and mastery… His soul is joyful and straightforward, emotional in front of the whole intoxication of light and color. His line celebrates light and truth and feels us with a joy for life… 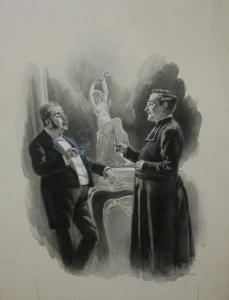 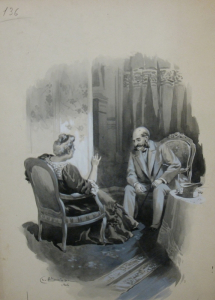 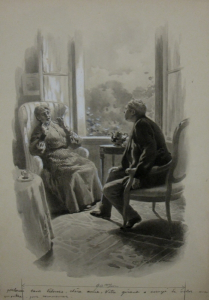 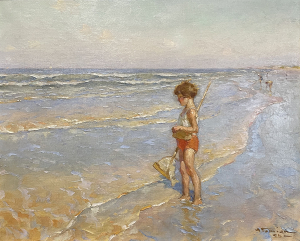 Charles Atamian is one of the most prominent seascape painters in Armenian and European art. He spent his long and fruitful life in foreign lands: Italy, France, Belgium, England, where he fundamentally studied his profession with famous masters, then presenting his works in art galleries and exhibitions. He showed great interest in painting, thus the school administrators had him enroll in the studio run by the teachers Paoletti and Tagliapietra.

Atamian used to spend a lot of time at the ocean shore, getting there his ispiration and ideas for his future paintings.  Sea calmness, low and high tide, whirlwind, flying birds, people on the shore – his brush shows us all these natural events, which have inspired him, in their perfect reality.