2002 Recipient of the “Vahagn ” Award for Art and Culture,  Armenia

1989       Permanent Mission of the Republic of Armenia Moscow, Russia

2018  A unique art show dedicated to 15th anniversary of the foundation of Aramé Art Gallery ''Reality of Bliss'' Beiruit , Lebanon

His works are kept at National Gallery of Armenia, Modern Art Museum of Armenia, in the funds of the Ministry of Culture of Armenia, Mother See of Holy Echmiadzin’s  Khrimyan Museum, Arame Art Gallery, (Yerevan, Armenia). 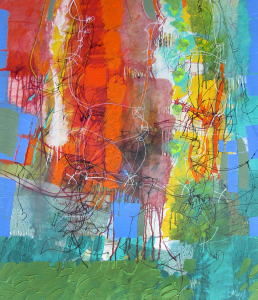 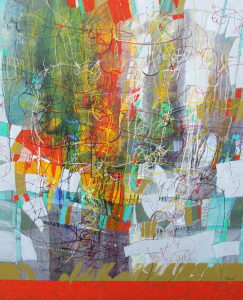 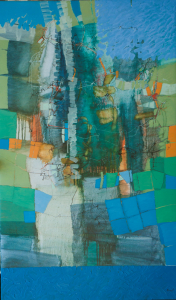 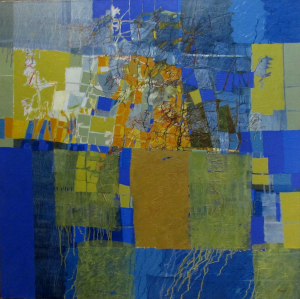 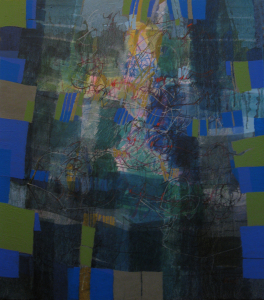 The Continuation Of My Dream, 2014 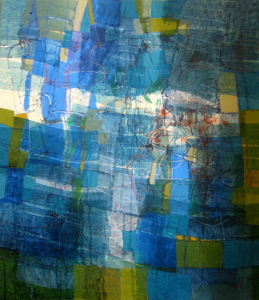 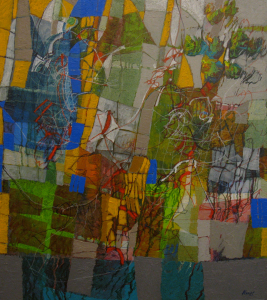 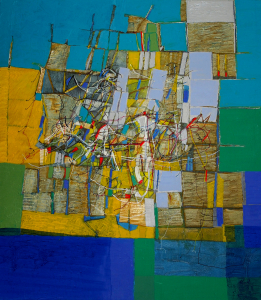 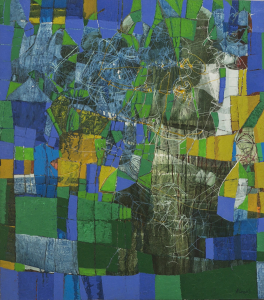 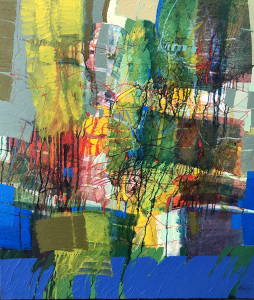 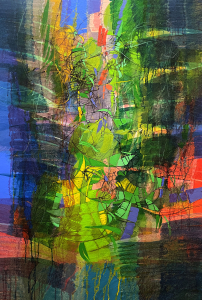 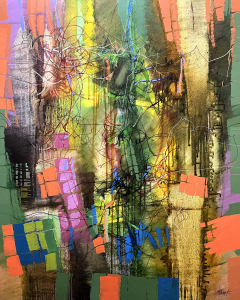 The best representatives of the new generation defined their concept more precisely, and they don't need to resort to the justifying formula "Caesar's things to Caesar, but God's things to God". Albert Hakobian, from the very beginning infected with the virus of abstractionism, refers to the most principal and successive adherents of this com­plex stream in the modern art. The mysterious texture of his works carries a charge of energy, full of mysterious spir­ituality. One can feel an experience of the past ages in his works, rather reflected in the atmosphere, that in the visu­al resemblance with the canvases of professional artists of the past, and the mysterious quality, becoming a shortage nowadays.

The isolation from world processes at some point brought our art to an anachronism. This gap is gradually decreas­ing. The thinking of Albert Hakobian corresponds exactly to his time. The anachronism is out of the question, not in competent parameters of decades, but the level achieved by the artist is the best proof. To tell the truth, in the very beginning when we first got acquainted, although his works attracted my attention for its not being stereotype, I did not think, did not foresee that indisputable quality, the quality which he achieved later. The rich surface of his works meets the most severe requirements. Albert has gone through a few stages, which developed according to the rules of spiral.

At the point where it is declining he leaves the easel for a while. Only having exhausted all the possible variants of the regular stoke, he lets himself get a compulsory break until the next accumulation of energy and then, without turning back, passes to the next stormy stage. Everything happens as if apart from his will, entirely sub­conscious, but so persuasive, that it is not perceived inci­dentally — the created art value is beyond doubt. The moral law of Albert Hakobian does not allow any falsity and doubtful errors. The art for him is not a fun, not an entertainment and even not a means to earn money, he is entire­ly in the power of painting. Even with the best will in the world he is not able to make a compromise. Albert is evolv­ing slowly, but correctly, without changing the chosen way, without rapidly expanding the amplitude, first of all fixing the quality. You cannot notice any trace of tautology in his works. The stages of his creative work cannot be confused, the replacement does not disappoint. His works are unique at the peak of every cycle.

At the moment of creative ecstasy he is creating at the sur­face a complex and rich texture, which cannot be repeated. Today the artists forge so authentically, that the specialists cannot distinguish the original from the forgery without X-rays. There is no possibility to copy Albert's works. His tex­ture is full of interlace, so the false will be discovered imme­diately. The feelings arisen at the moment of the excite­ment, which soak in the texture, cannot be repeated even by the author.

The true artist should be believed in. I believe in Albert Hakobian.