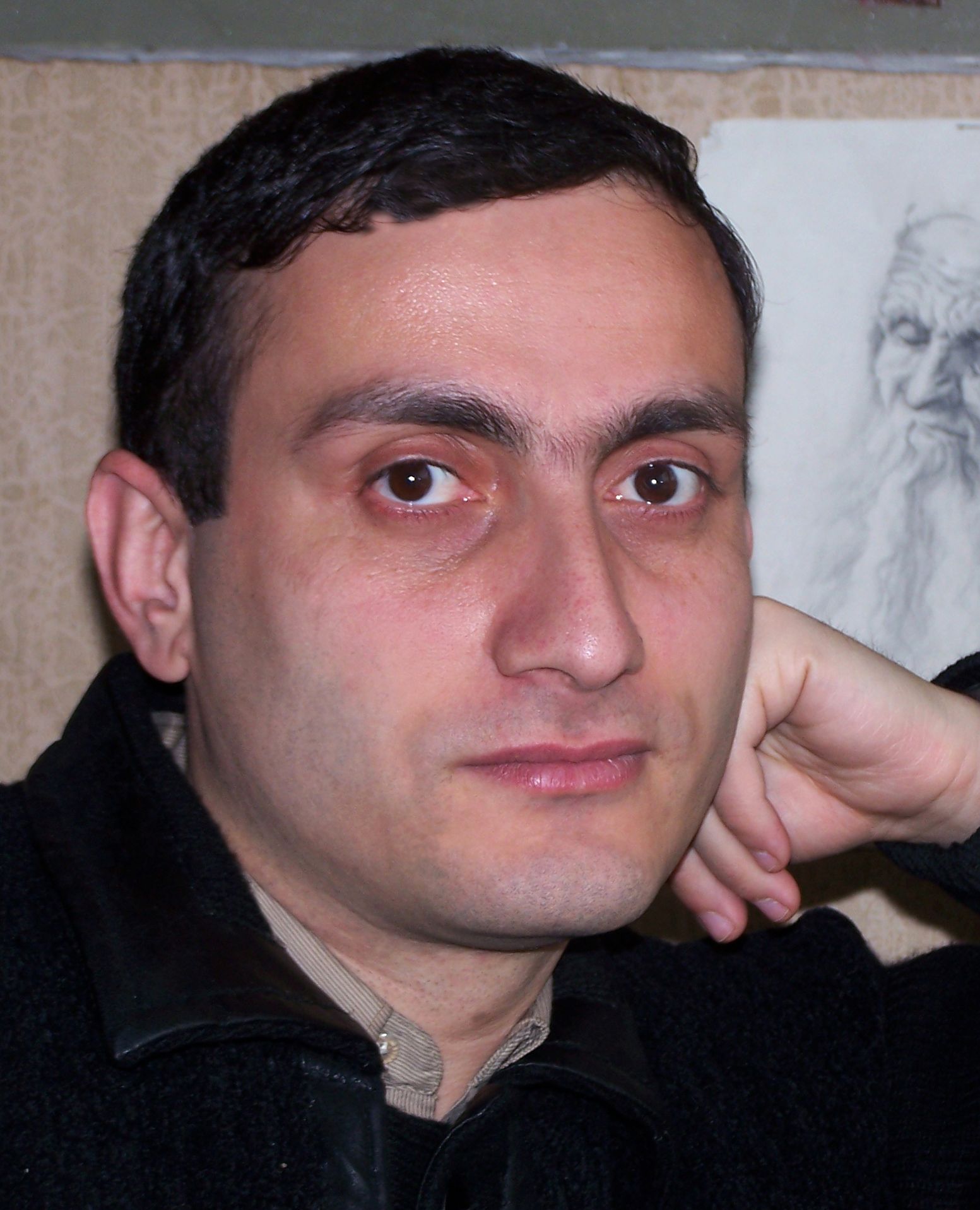 2001   Participated in exhibition devoted to 1700 anniversary of Dante in ”Artists' Union”,  Yerevan, Armenia

2009   Personal exhibition at Artists' Union of Armenia in cooperation with Arame Art Gallery.

2018     A unique art show dedicated to 15th anniversary of the foundation of Aramé Art Gallery ''Reality of Bliss''    Beiruit , Lebanon

Some of his works are in private collections in Armenia, Russia, Lebanon, France, USA, Great Britain and Germany. 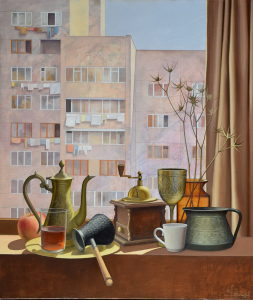 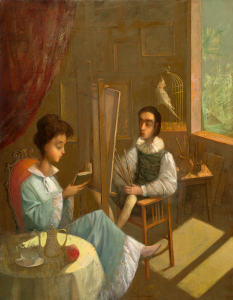 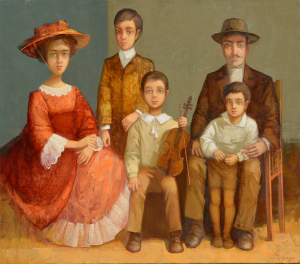 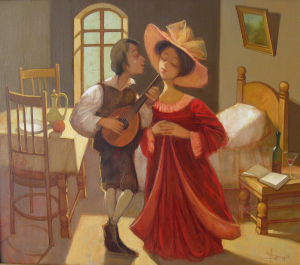 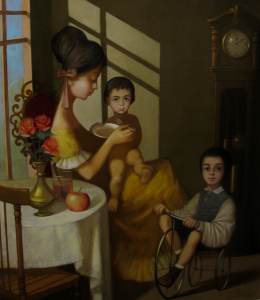 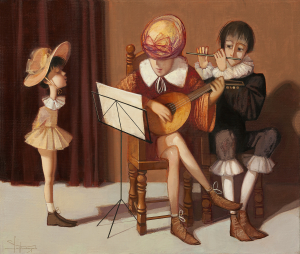 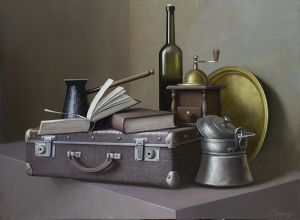 Tigran Barkhanajian’s creations capture attenders at once by eccentric (original) topics. Here rises a question – Where the images come from? When did they live? Only a very experienced one can notice the value and colourful art of his works. One thing is clear – these are professional creations and have progressive perspectives. The important thing is the idea, and what’s the most important is that he has the idea and finds all the ways to express it.

Be it a line deformation or artistic effects combination and opposition. One more vital thing is that he is not afraid of showing figurative paintings, he is not afraid to take the time out of its limits, to transform to a known to him period of time , which is artist’s imagination, his reality and the way he thinks, and with the help of various means to create a pleasant atmosphere. “ Music class”, “Return”, “ A walk”, “Family”, “Inspiration”…etc are the best proof of it.

These works are picturesque and easy. Tigran’s creations are simple , openhearted like harmonious music.

The artist Tigran Bankhanajian presents his artworks, that are full of brightness, light and positiveness. His art is influenced by the 18th century Western European, particularly Dutch school. As Barkhanajian notes he has realistic way of thinking and no matter how much he deviates, the basis still remains realism. In his artworks Tigran has combined the classical art along with its harmoniousness and beauty with modern art along with its clarity and perspicuity. At the same time his paintings seem to be like fairy tales: dresses with opulent folds, gorgeous bonnets, characters with big and a little bit melancholic eyes. Both clothes and furnishing are painted with photographic precision. In the paintings ”Swing” (2013), ”Confession”(2013) etc. he has clearly and sensitively expressed love, tenderness and care. In Barkhanajian’s paintings from one side there is the detailed description of the foreground figures and from the other side the plasticity of the figures, that is the result of clearly emphasized and successfully applied light effects.

Tigran Barkhanajian has created his imaginary world… as if he also lives there. The harmony, that dominates in his art, comes from his inner world. His paintings are distinguished by their unique aesthetic thinking .  He passes the tenderness and love of his soul to the characters of his paintings.

”I am influenced by the flemish school of art or in other words ”little Dutchmen”. Their style is close to me. In Armenian reality I am influenced by Jansem, Sureniants, Bashinjaghian, Tadevosian”,- notes Tigran Barkhanajian.