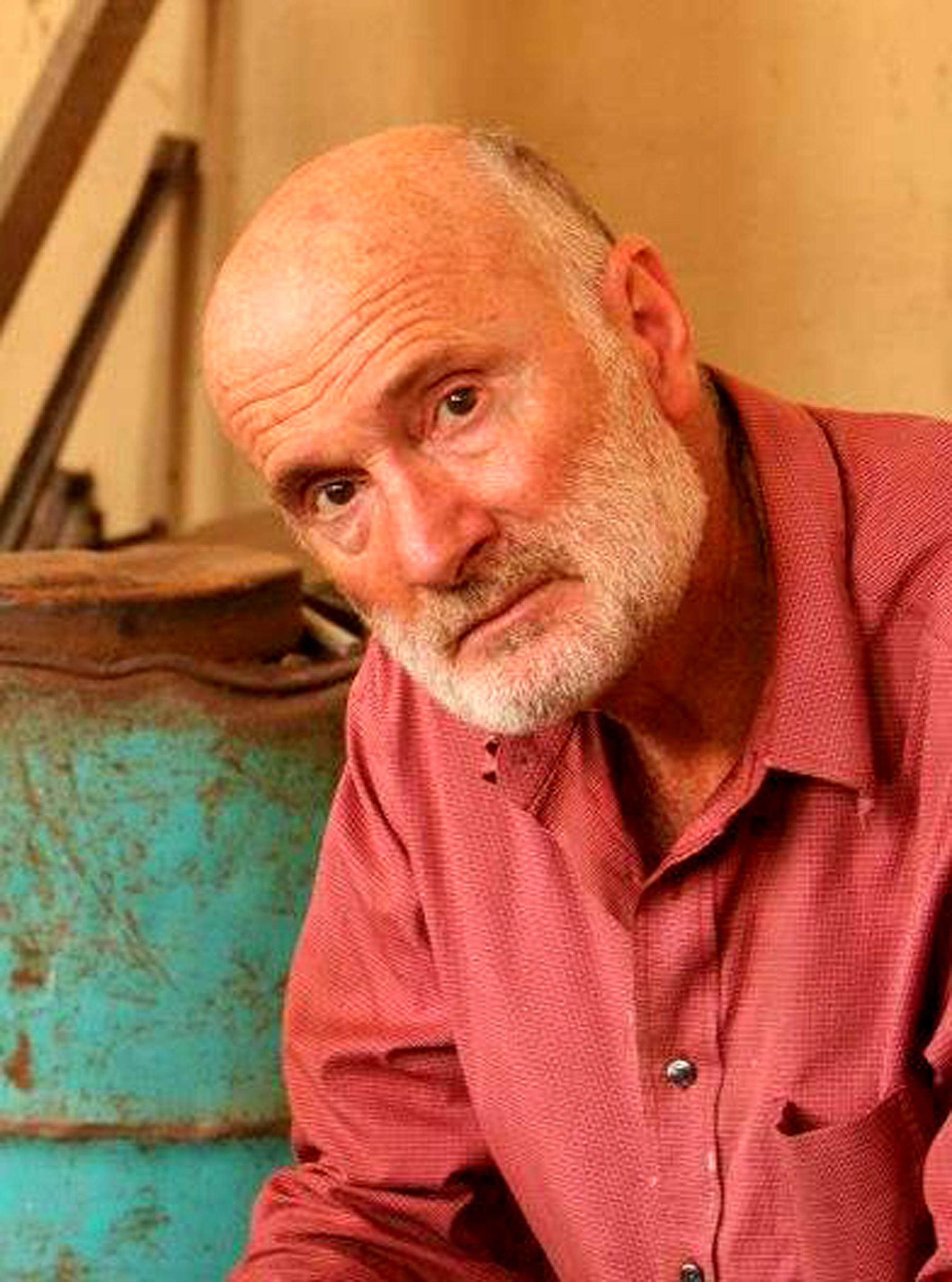 1988  Member of Artists' Union of Armenia 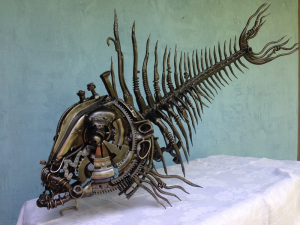 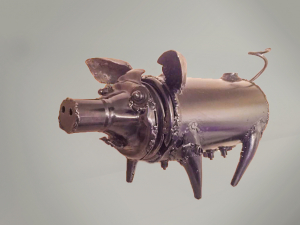 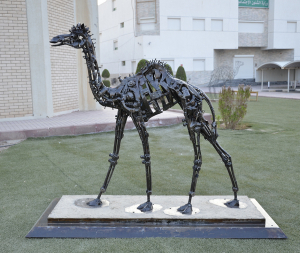 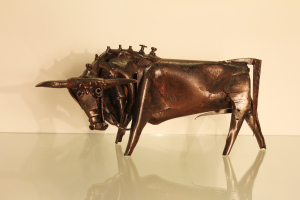 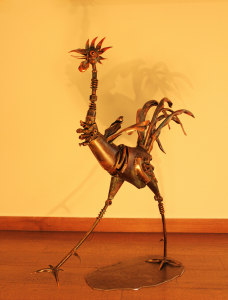 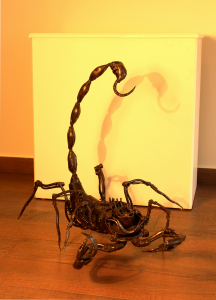 If you knew from what litter…

While I was getting to Charles Aznavour Square cold autumn rain fell on the grey asphalt with its big drops and began to drum noisily on the back of iron bull, flowing down from its uncovered bronzed shoulders and it seemed that for the alive and quivering animal it was extremely uncomfortable to stand under the slippy and wet cover. The rain mercilessly fell on the back of huge spider too, that was tightly standing not so far on its long thin legs. It is a long time that these strange creatures live in the square, but Yerevanians do not lose their interest in them. They enjoy great popularity among visitors of the city who come closer and touch without fully believing that these dynamic creatures full of lives are made of iron. And their author-sculptor is Ara Alekian.

And the appearance of Alekian's iron sculptures in exhibitions in the late 80s was absolutely unexpectedly, they impressed everyone with their eccentricity, originality and unusual strength. Many people were stunned and were saying that the iron idols were lost in the city and their real living place was to be the Ararat valley, where you could not only admire them but also believe with all sincerity in their being real…

Alekian was born in Vedi and from childhood had great interest in painting, and curving animals and birds. In this he was not the only original person. The aspiration and love towards art is typical to all children without any exception. Upon these aspirations are based most of kids' games revealing in kids such observation, fantasy and honsety that adults can only covet. But not in all kids this interest turns into profession. For Alekian it happened: he became a sculptor. Love towards nature and animals had saved in his subconscious memory the images and emotions, which later on filled into his art. That love helped to think in associative and imaginative way, without which one should not create art, without which art does not exist.

For Ara there is nothing secondary or unimportant in art. In every work he is a master, who chooses the most difficult and therefore the most risky path. “I realized long ago that I should find myself, find the form of expressing the emotions that were in my soul”,_ says the sculptor about the first years of his work in art,_ “My teacher helped me a lot. I made compositions from plastic clay and plasticine, which were to become bronzed figures. But the realization of the idea was not that easy and the teacher suggested to use melding equipment. So in this way appeared the first sculpture “The Dancer” and afterwards a whole cycle of art works.”

Time passed and now it is even more evidently proved that Ara Alekian’s art remains unequalled in the art processing of metal. With surprising strength of passion, love, talent and fantasy the sculptor enlivens the metal by using both the experience of national art and modern means of expressiveness. He spiritualizes the metal, causing to express the true value of art.

Alekian’s works are natural, dynamic and filled with freshness and clarity. They visually show how the space can become plastic, if it takes perfect and harmonious form. Surely each artwork, be it small or big seeks for its from. And Alekian does not flee from the form, but comes to it as a way of expressing his thoughts and feelings.  That is why he is free in his work, the form never prevails over him.

And what concerns his manner and style, they are as natural as the sound. There is no need to strain them, as they are strong and flexible from nature and every new idea finds its unique way of expression. While looking at Alekian’s artworks “The Dancer”, “The Portrait of Parajanov”, “The Horse of Independence”, “The Rhino” and others one can understand that talent is uncompromising, capricious, intransigent and even despotic.