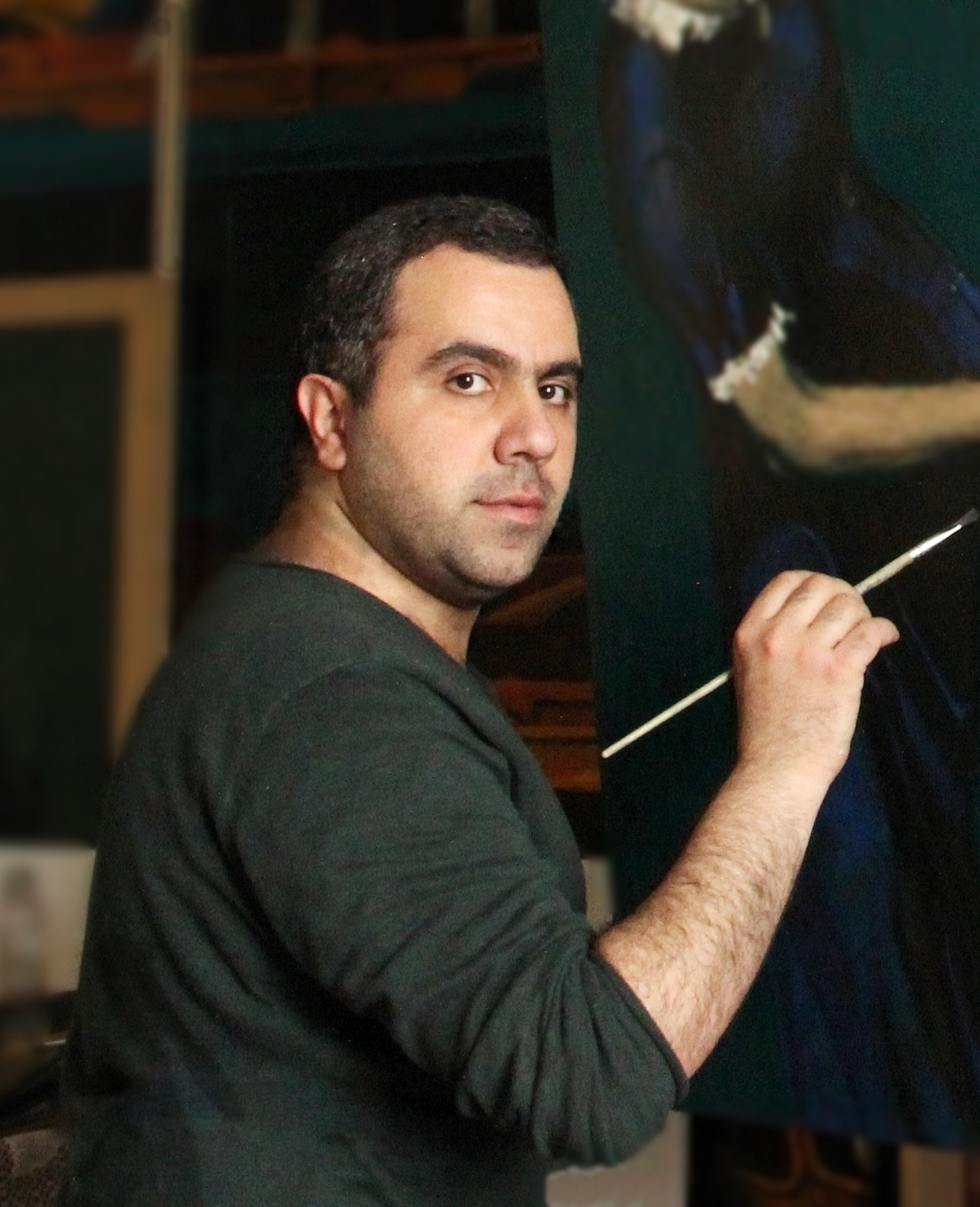 The artist has participated in a number of republican, international and personal exhibitions in Yerevan, Paris, Venice, Bari, Moscow, Boston, New York, Singapour, London, Kiev, Istanbul, Beirut, Astana, Tbilisi, Andorra etc. The works are in different exhibitions, as well as in many personal collections.

2007 - Graduate of State Academy of Fine Art’s of Armenia

Member of Artists’ Union of Armenia since 2007.

2004 – “Aims of Development of the Millennium” at the UN Representation Office in Yerevan. Armenia

2006 – Exhibition at the centre of Contemporary Experimental Art. Yerevan. Armenia

2007 –  “Second Forum of Creative and Scientific Intellectuals of countries of CIS. Exhibition “Art of the Nation”. Palace of Peace and Solidarity. Astana, Kazakhstan

2009 – A participant of the 6-th international games of Francophonie. Exhibition in UNESCO palace. Beirut, Lebanon.

2010 – Exhibition of the Laureates of the President’s State Prize in Fine Arts 2001-2010. Participant and curator of the project. Artist’s Union of Armenia. Yerevan. Armenia

2011 – Sixth Forum of Creative and Scientific Intellectuals of countries of CIS. Exhibition “Kiev with eyes of young artists from CIS”. Kiev, Ukrain

2012 – “Exhibition dedicated to the 20th anniversary of the liberation of Shushi” Artist’s Union of Armenia, Yerevan, Armenia

2018 – “Francophonie and Armenian artists” Participant and curator of the project. History museum of Armenia 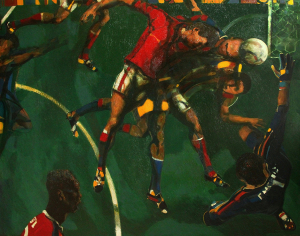 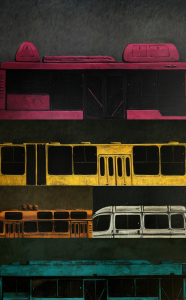 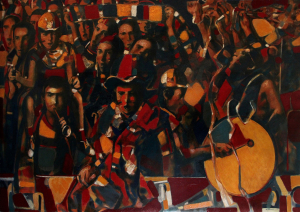 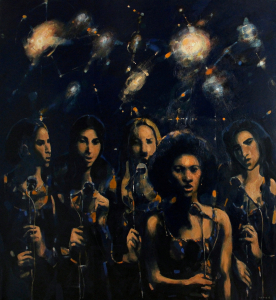 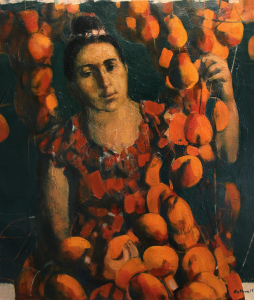 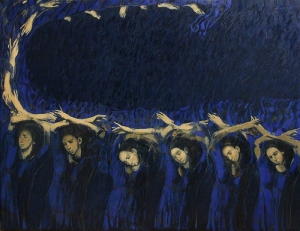 In anticipation of spring The artwork as a substance and shape is an expression of some posture therefore it should be observed and arranged according to the conditions that give birth to it. And the latters in their turn are the consequences of individual and reality. This is the case that makes it necessary to observe the art as an interrelation of the artist with the lived reality. Arthur Hovhannisyan’s art is so polyhedral and comprehensive, that it is impossible to observe it only from one side. It is important to value the artist’s stable and not disguised inclination towards the heritage of the past, to pierce through the emotional nature of the artist’s creation, to understand how the lyricism and dramatic expressiveness are individually correlated in it. Hovhannisyan’s most significant creations should be observed from different positions, because the artist’s talent and competence are gathered in them, in which his preferences are disclosed.

Arthur Hovhannisyan reflects various emotional experiences, thoughts, the embodiment of which is usually realized through the characters of women. These characters bewitch by their sensitivity expressed by slightly bent heads, slender outline of waist lines, smooth and unhurried movements, which once commenced, stock- still in time. For the painter the person’s pose, the head movement have programmatic meaning, becoming the peculiar plastic equivalent of concept and emotional state. The imaginary scenes created by Hovhannisyan expand in special time and spatial register as if being eternal characters or spectrums colored in lines which are out of time. His painted women usually turn into symbols, behind the visible matter develops an inner, deeper and hidden sense. The artistic form, century, to which the painter has directed his steps, have become symbols. The heritage of the past becomes more significant, when it acts as living and sustainable heritage and in which the cordiality towards the painter’s art is clearly outlined. Like any system of great vitality, the language of his painting has its traits of heredity, changeability, stability and mobility, by which it plays the communicative role. The strength of the artist is in the strong succession of traditions and it is the logical continuation of considerable cooperation, the right of being there has the one who brings his own word, vivid and original. That connection in Hovhannisyan’s creations is expressed in uppermost way as creative thinking, world outlook, inner world, display and representation of individuality. Such peculiarities of principle are more noticeable in «Spring dance» and «Awakening» works created in 2011. Arthur collects connotative comparisons from the absolute musical origin and combines with his already formed creative thinking. These are the seekings which open new ways full of possibilities and create new signs by expressing in the paintings the concerns and strivings, that fill his soul.

The peculiarities born from the national character are vividly seen in the sensuous depths of Arthur Hovhannisyan’s works, in the inner layers of concepts and contents. In the painting “Dance” softly outlined female figures suggest the national, pensive, felicitous description of harmonious rhythm. The gradual progression of the torsions and lines of their bodies convey perfect musical sonority to the emotional frame of the painting. The volumes seem to vibrate in the colors of the canvas, in the space between the spectator and the painting, between two-dimensional and three-dimensional spaces. Color is the essential impulse of the painter’s works, colors create controversy and debates, otherwise, the characters will not suggest dialogues. A color stain contains the value of physical existence, the stroke of the brush serves for creating the volumes and revealing the pictorial contents. The dramatic shape in the image together with the mystic silence spreads deep sadness on the women. There are no crying feelings and thrilling tales here, everything is happening inwards, in a low voice, in the depth of the image, on clean and clear lines. The drama is not showy; it is somehow secret, discreet, as a smooth song.  The female characters created by Arthur Hovhannisyan in numerous variants and minor changes are shown to the spectators through red, blue, green and brown colors. The artist usually goes back to the same topic making clear its emotional structure and harmony. The same story is repeated in different and extra particularities, interpersonal emotion.