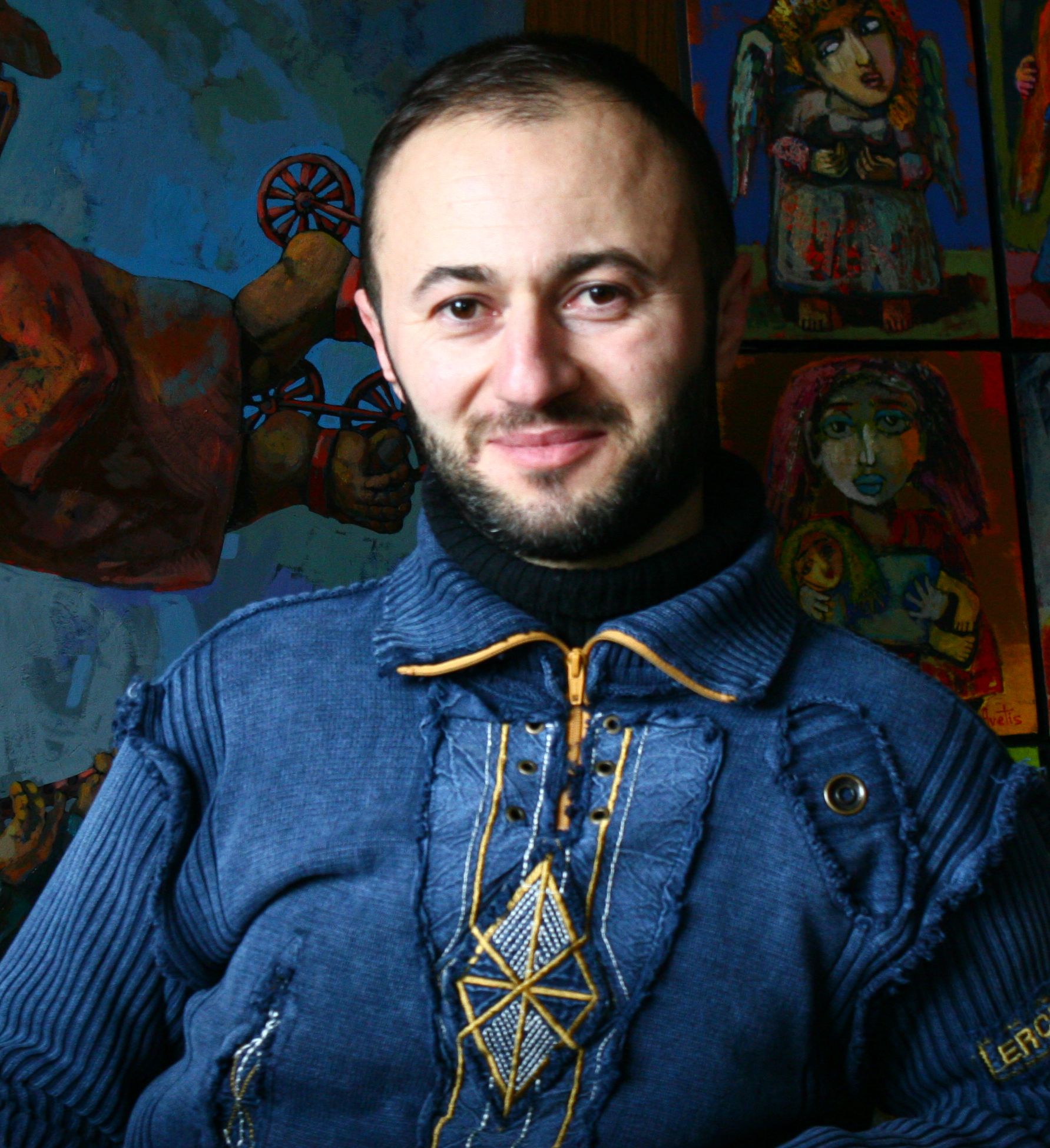 2006  Member of Artists’ Union of Armenia

His works are kept in private collections in  Armenia, USA and Russia.

2018      A unique art show dedicated to 15th anniversary of the foundation of Aramé Art Gallery ''Reality of Bliss''  Beiruit , Lebanon 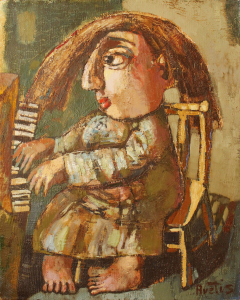 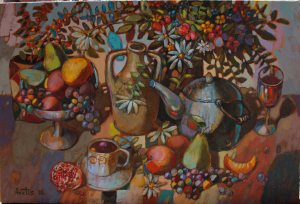 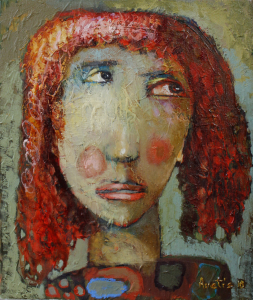 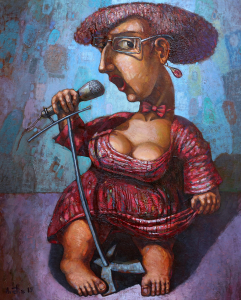 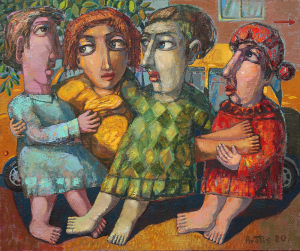 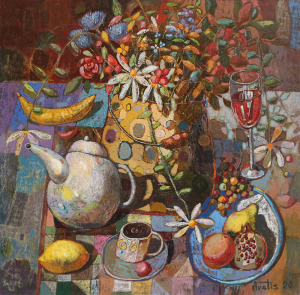 On each canvas Avetis’s colorful dream carries a mystery of silence. Silence does not acknowledge time since the fairytale is everywhere, Avetis’  fairytale. Like every serious artist accentuates national colors, so does Avetis in his fairytale-reality; however, in the free inner world there is already a found Khachatryan’s corner.

Roots of Avetis’s art are deep. Form, material, and national coloring have emotional background, blended with classical and contemporary visual art. Each image begins its new day by starting a dialogue with itself. Sadness and silence on canvases are revealed by mystery of waiting and biblical images, and faith in the light of future you feel with internal energy, passed from one character to other, which Avetis with his coloring solution passes to us. And like true artist he summarizes all that is said, connecting inside and outside world with tender sensual tones. For deeper understanding of Avetis’s paintings you often need to pass from the field of art to public field. You can not move away from his characters leaving your conversations half finished because they can hear, speak, tell, dream, love……

Unique craft of the young artist Avetis Khachatrian already makes us expect a lot from him. He is active, diligent and brave in his exploration. You can not say that he does not feel the influence of his favorite artists, but even so, he begins to create new poetics about old themes. In his works he tries to get rid of the captivity of grown-up life. That is why in his compositions you will not even find anything  typical for romantic youth, but there is a lot from childhood.

His characters by themselves fill in the whole composition. These kings and queens, neighbors, squeals, pugnacious boys, teachers, musicians, dwarfs, cats and dogs. They all have large heads, big expressive Armenian eyes, and accurate, characteristic gesticulation. His characters  are not always cheerful, they are sometimes serious and even sad. And this has everything to do with reality where author, this time, not as a child, is looking  for a magical meaning of life.

The characters born from the brush of Avetis Khachatrian are incredibly diverse. Spirited musicians and stern-looking teachers, dreamy maidens and confident queens march in front of us creating a vibrant performance. But there is one thing they all have in common. The eyes. Always sparkling and innocent, they contemplate the world around them with awe and wonder - a freshness of outlook that is just as effortless as that of a child.