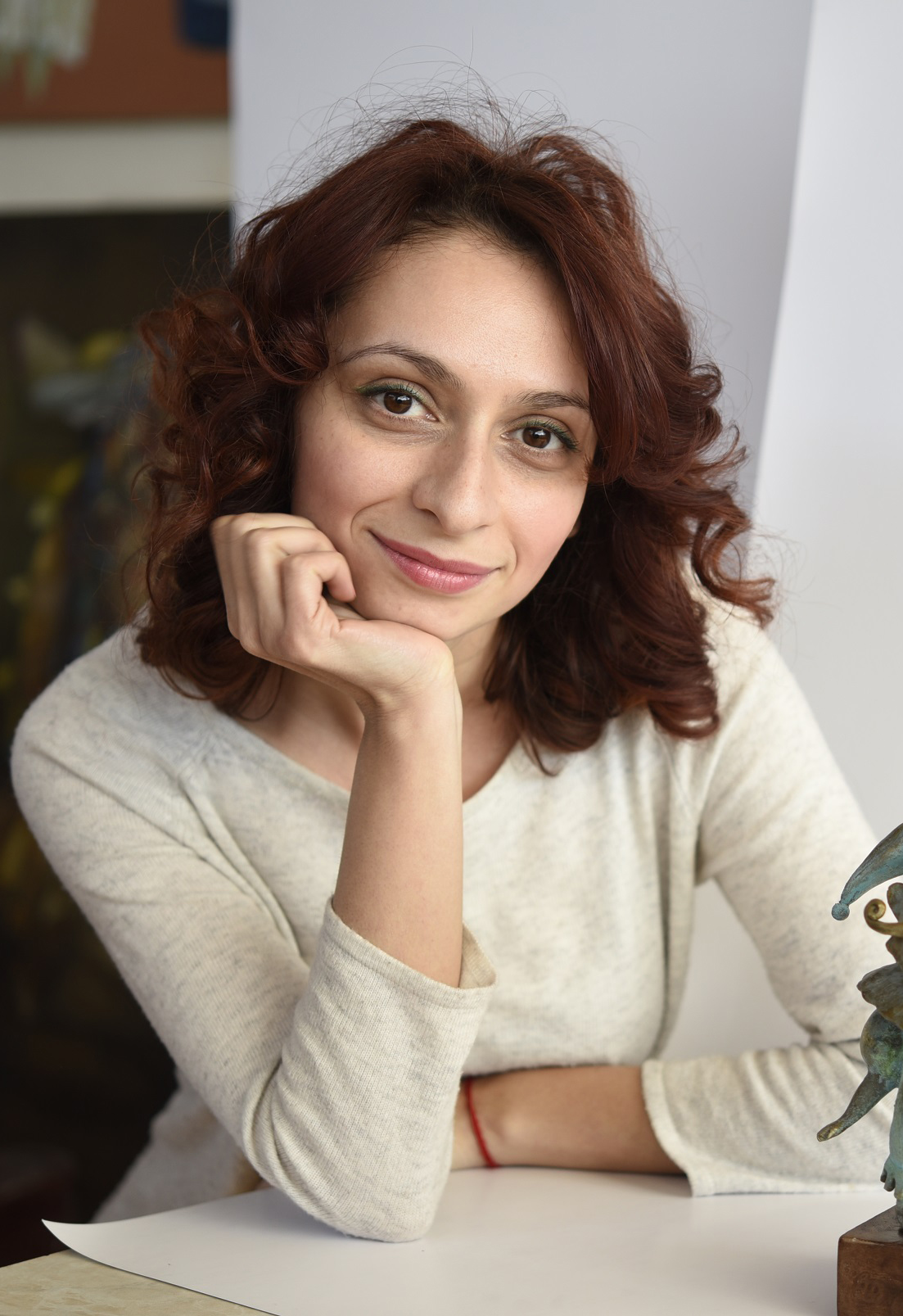 2010 Member of Artists' Union of Armenia 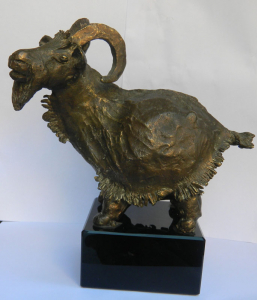 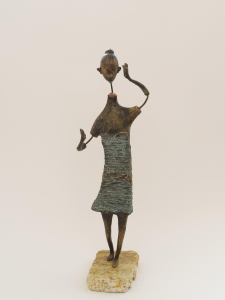 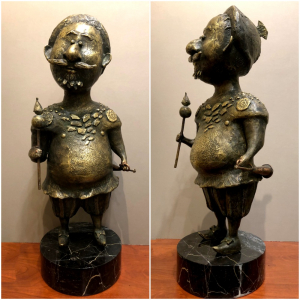 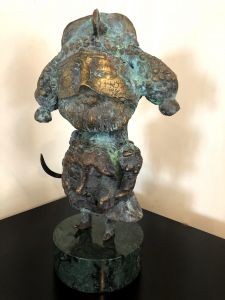 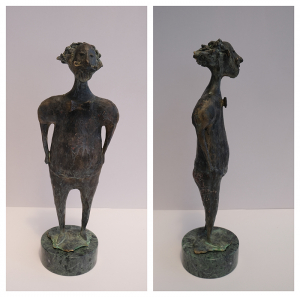 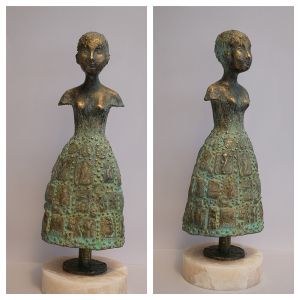 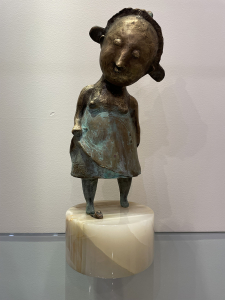 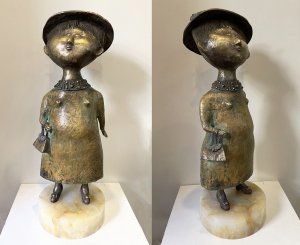 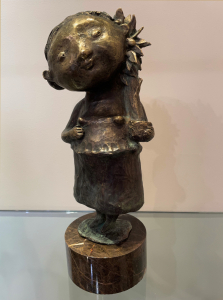 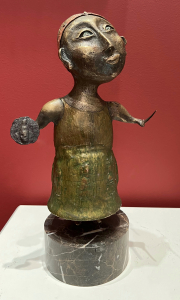 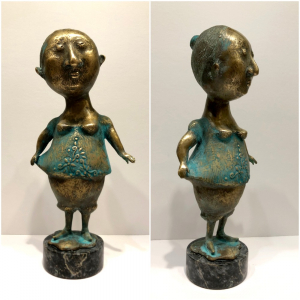 There are enumerable unusual sketches and paintings in Tigran Matulian's studio from which you cannot take your eyes off. In this iridescent exuberance of artworks and characters it is difficult to notice a small corner filled with specific working materials- welding machine, lumps of wax, metal sheets, rivets so on , and from the first sight it makes an impression that this trash has nothing to do with Tigran's art. As this part belongs to his talented daughter Margarita.

Today Margarita Matulian's name is widely popular. Admirers of her art look forward to her new exhibitions, where they can see at least one new sculpture of this smiley girl. Everybody knows that for each exhibition Margarita prepares a new surprise trying to gladden the public with a new sculptural hero or another original idea. The lovers of fairytale characters made of bronze, copper, compositional metal and even paper cannot even imagine that in the working process this gentle, tender and graceful girl is transformed into a metallurgist or a welder easily using the welding machine or the metal sheets.

Her first works, the images of Achilles and Helen The Beautiful are still kept in the family studio. «These are very primitive works,_ she mentions  with a smile on her face, but I love them very much». The phrase «I love it very much» Margarita repeats every time she turns the pages of the book of her artworks. There are no less loved ones. She does not have long creative pauses, maximum pauses can be between the creation of two artworks. During this time she starts reading books or just enjoys her hobbies.

And one of them is swimming. It is not by chance that the image of fish in various designs has its important place in Margarita's art. In general her working period is devoted to certain themes: sometimes she plunges into creation of a series of funny bulls, sometimes she starts to work on ethnic characters like personages of Japanese,  Bulgarian, Persian and Indian women and of course Armenian women. Another period may be devoted to the creation of rulers: kings and queens, princes and princesses, generals and other personages, created with love and flavored with humor.

"I am inspired by everything: books, photographs in magazines, TV programs, talks to new people or just street scenes. Every interesting thing, event, moment or person that inspires me, puts down roots in my imagination and then changes into a figure made of bronze, copper and even paper",_ says Margarita. By the way paper sculpture is a separate part of her art. The idea of creating statuettes from paper was born by chance. For making the work with metal sculptures easier Margarita decided at first to create their sketches from paper. The work with this "fragile" and "capricious" material, demanding special skills, attracted Margarita more and more and the paper sculptures became so important for her, that she devoted a separate exhibition to them after which they found their place next to their metal twins.

Margarita Matulyan's sculptures emit light and goodness and they can lift everyone's spirits, who at least takes one look at them.  Each sculpture reminds of a fairytale character and they are distinguished by their special power of being "alive". While looking at them it seems that they are about to become alive and to tell lots of interesting stories about themselves.

In case of her bronze creations Margarita is more inclined to roundish forms, which speaks about her communicability and striving for harmony. While copper creations or personages made of compositional metal are slim and slender but this does not prevent them from being kind and cartoonish.