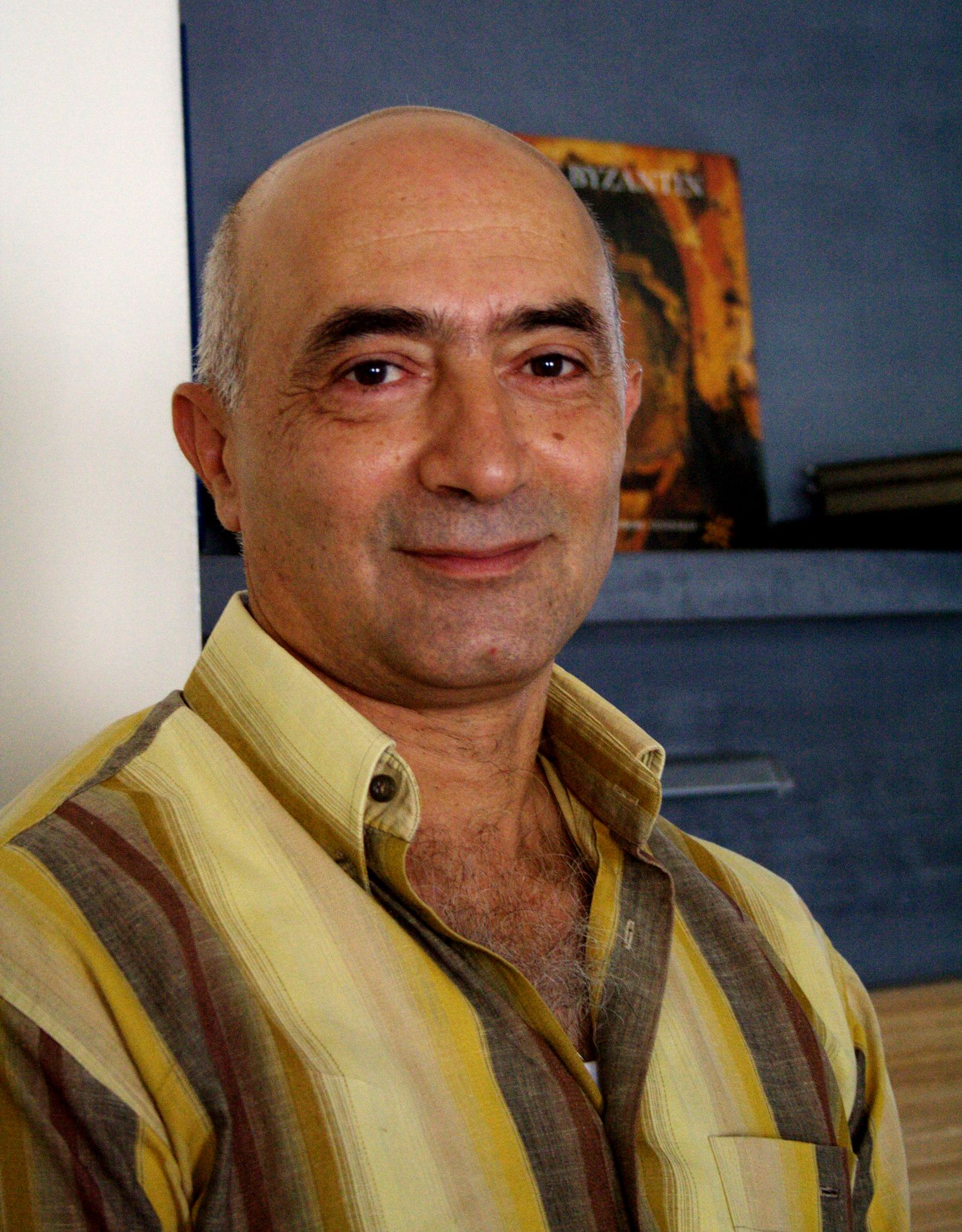 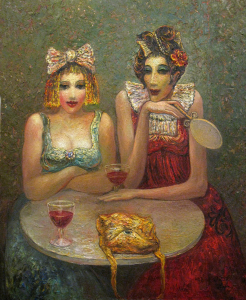 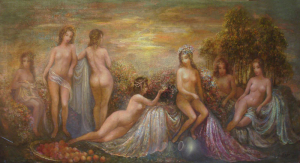 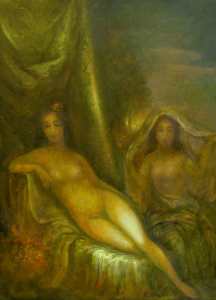 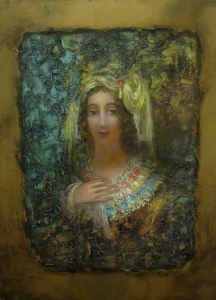 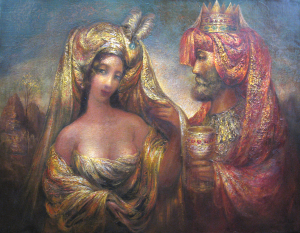 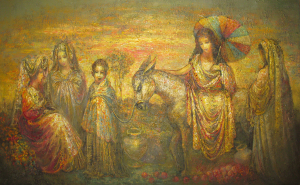 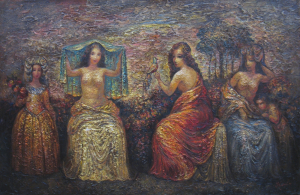 The girl with flowers 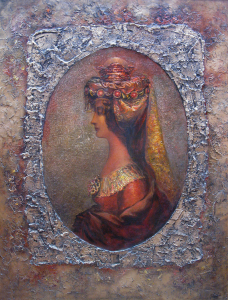 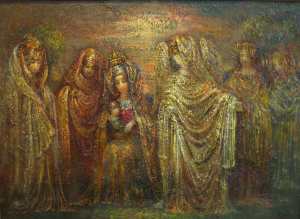 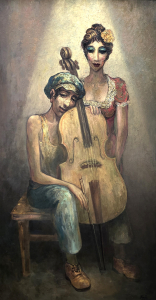 “I love the people whom I paint and not my canvas which is the expression of my attitude to them ”, says Kayts Vanikian.

The simultaneous realization of the wonder and the difficulty of life in our mind try to find breaks in this or that piece but far from each other, in accordance with strange colors, the skill of toning with lines are more powerful in his canvases than apparent semblance.

Realism, to be more exact, the wish of realism is very important for Kayts Vanikian, for the artist, who loves people more and more, even more than the characters of his own canvases in spite of the fact that they are wonderful.

The first steps to acknowledgement of Kayts Vanikyan as an artist were made in the hall of Artists’ Union during his first solo exhibition. The young artist appeared in an interesting, extraordinary creative manifestation. The works of art represented in the exhibition reflected Bible stories. The Bible stories were truly represented feeling the deep inner world and sparing no strength to show the key to dramatic impassable truth. The problem that suggested more conceptual approach and it was not by chance that he using minimal paint colors, dynamic restrained forms of expression gave organic tension to the whole surface of the canvas. The style is the creator itself, and his works of art are the words of love.