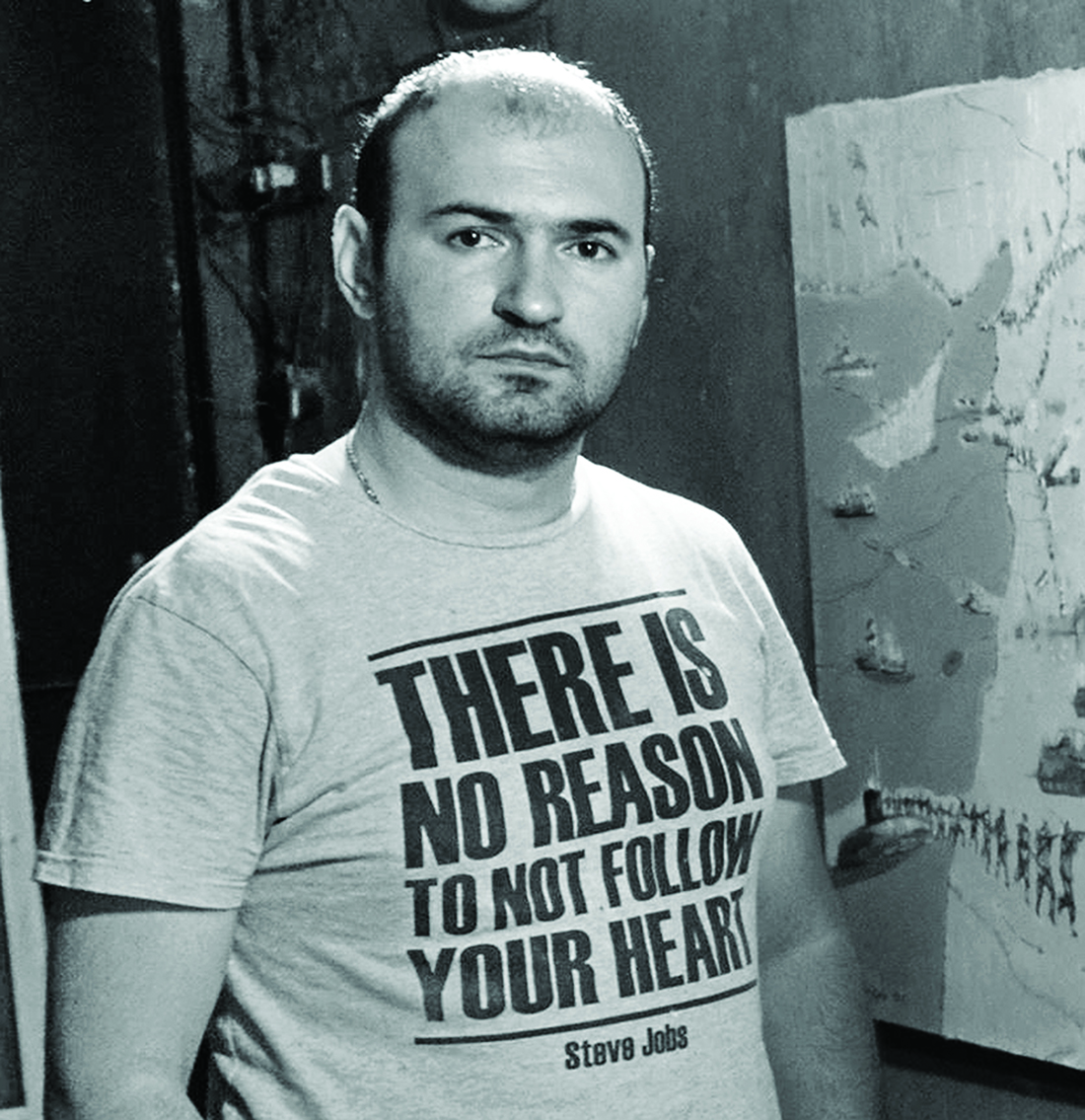 Participated in a number of group exhibitions in Armenia, Lebanon, England and Russia. Rewarded with diplomas and letters of acknowledgement.

2008 - "A step forward" in Artist Union of Armenia, Yerevan, Armenia 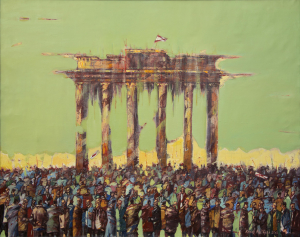 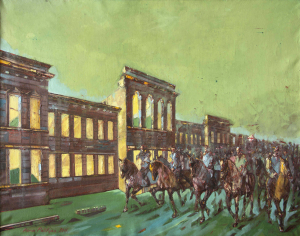 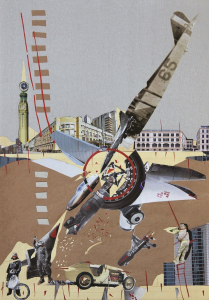 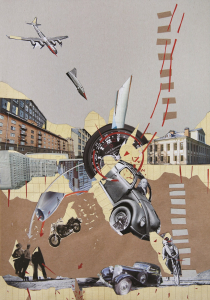 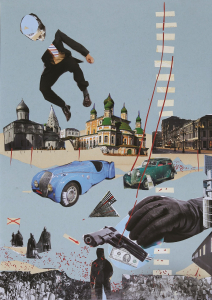 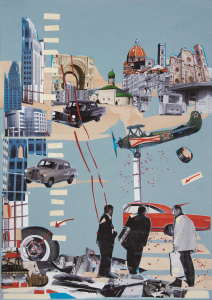 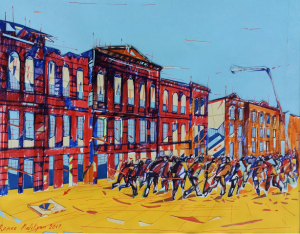 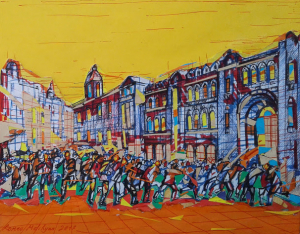 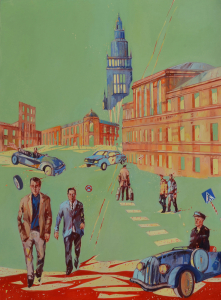 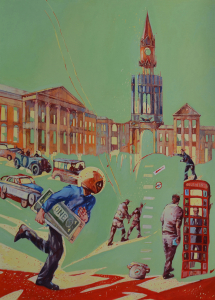 Romeo Melikyan, a gifted painter, is one of the audacious artists who, overcoming various obstacles, taking firm and persistent steps, with patience and ambition creates complex  paintings filled with individual approaches, which  express the artist’s perception of the world.

The series “Incident  in the City” shows that the painter  makes the viewer imagine and become  part of his unique world.

Contrasting the buildings with huge crowds, the painter endows the paintings with dramatic nature and tension which is more vividly reflected in his further series “The Crowd”, “In Our City” and “Struggle”. In these works the painted buildings seem to be empty and lifeless resembling enormous ghosts. Looking at these ghosts one can feel the smell of panic and silence while the accumulation of the crowd which has come to fill the unusual emptiness aims at bringing us back to reality and the reality in the paintings is the expression of the inner struggle  and the rebellion  seething in  their souls.  To make the works even sharper, the artist keeps the place and time uncertain, leaving the viewer in complicated and deep thoughts.

The artist could not withstand the temptation to create sculptures. The “Warfare” series mainly includes iron sculptures, resembling military objects like cannons, submarines etc. These works might seem quite simple at first sight in terms of the technique but  with their unique conception and fresher approach they reveal the  artist’s hidden secrets in a novel way. The collages abound in the artist’s works. The series “The Citizens”, “ The Man’s Portrait” and “Composition” illustrate the artist’s  unique  way of thinking and the exceptional taste of synthesizing  the palettes accurately. For his latest “Conflict” series   the world map is used as a background   or randomly chosen parts of the map are illustrated in his small scale canvases. In these works we can see the world discovered by Melikyan, the world  with its  seemingly endless  and unsolvable problems of  conflicts. The file of soldiers marching up and down on the continents of this map, the amassing of artillery in the air, water and land can’t leave any viewer  indifferent. With such an approach the painter   wants to attract people’s attention on the  alarming scales of warfare dangers of the planet. Moreover, after looking at these works  we would unmistakably state that  in the person of Romeo Melikyan  we deal with a serious, unique and indeed a talented artist  who with his restless and constant quests  will amaze not only  those who appreciate his art,  but the  art experts as well.

Referance about a young talented artist Romeo Melikyan, the revelation, of wich has pleasant shades for the sophisticated art critic.

Graduated only from an art college future artist tries to place an order with some stock of identity and world outlook in which the tension of the time and dramatic accents make the spectators enter that "sphere of art"-fixing his restless emotional state in ordinary images of the reality.A man nature, object images never have passive,speculative mirror reflections in his paintings.They are in the field of tension with certain shades of identity. Being aware of world art streams at such an early age. Expressionism, dramatism and dynamics are closer to his art, which are brought into harmony with metaphisic restless vibrations of luminescence.

I think the young artist will have prudence and wisdom to appraise his virtues in their true worth and not to be fascinated with the success of the time for the art is credo and long existence of spirituality.