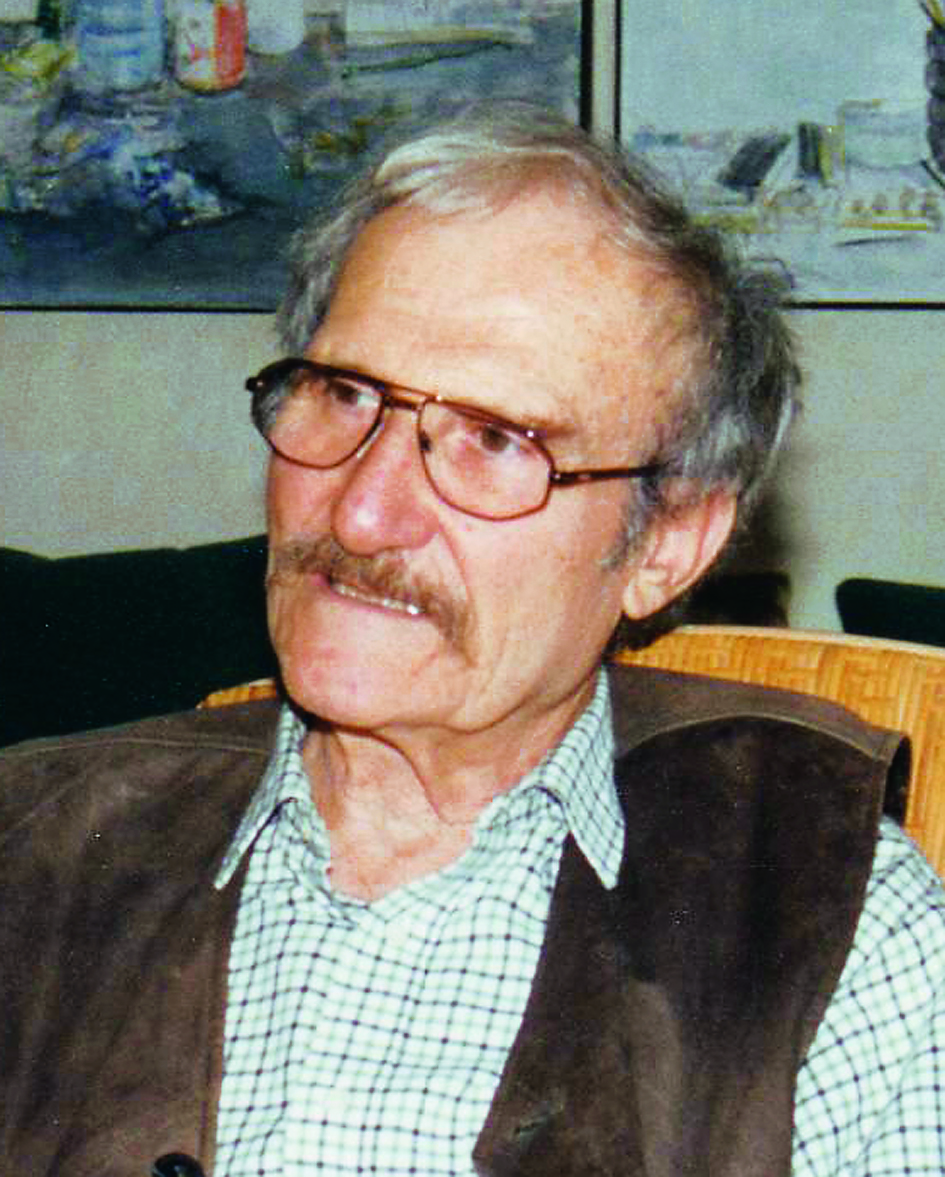 1978  Opening of the Galerie Matignon, Paris

1997  Knight of the French Arts and Literature Order

2003  Knight of the French Legion of Honor

2003  A series of 4 documentary films was produced about Jansem's life and work – DVD available in English, Japanese and French from Galerie Matignon, Paris.

2010   Jansem was awarded an Order of Honor of Armenia 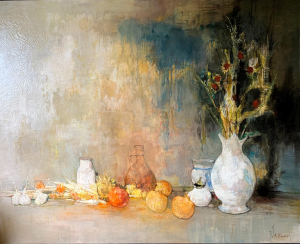 Still-life with lemons, Circa 1975 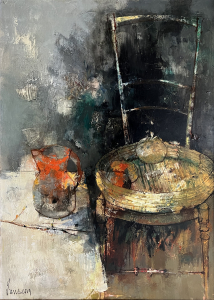 Chair and Pomegranates, circa 1970's 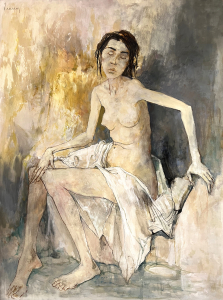 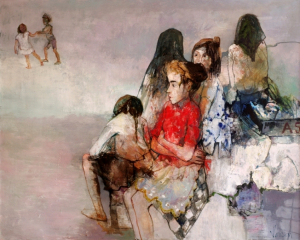 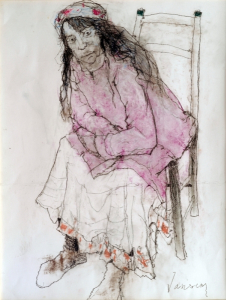 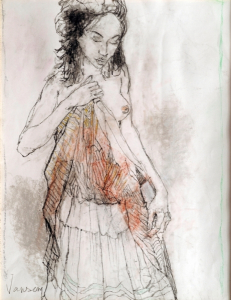 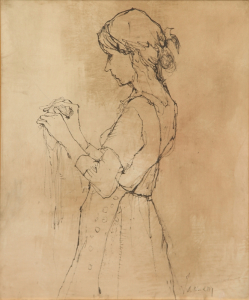 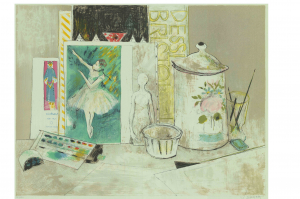 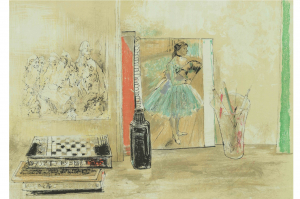 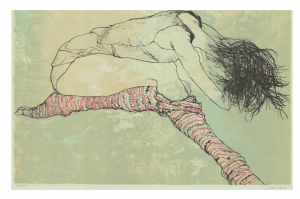 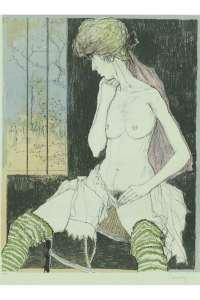 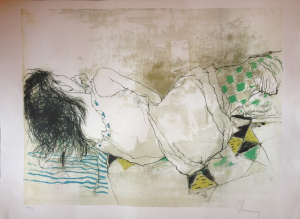 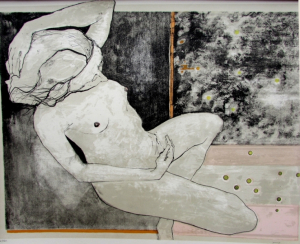 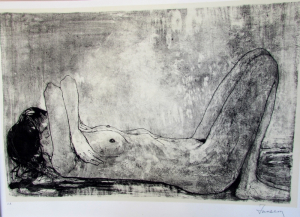 Awakening From A Dream 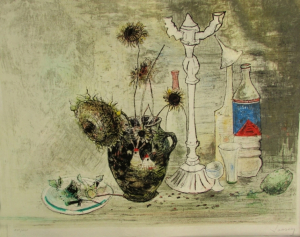 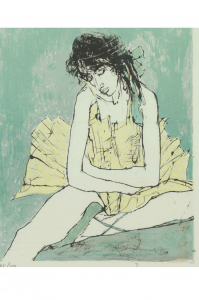 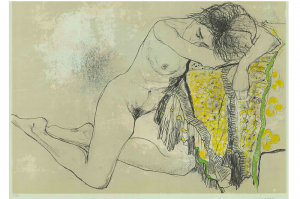 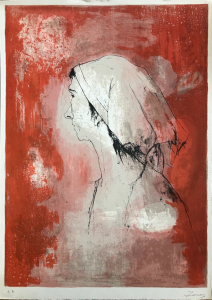 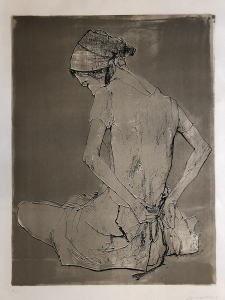 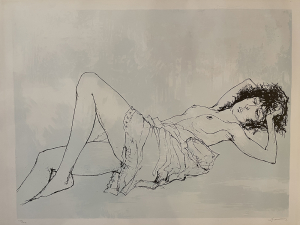 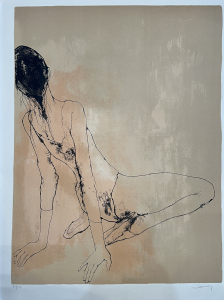 Jansem started painting at a young age. His earlier work addressed Armenian themes. He sought professional schooling to develop his art early on, attending the free academies of Montparnasse (1934-36). After graduating high school in 1938, he worked at the Sabatie studio for a year, where he continued to focus on improving his skills.

Jansem’s primary sources of inspiration were Goya and Brueghel. Although his heroes varied, his mother and his children were the main subjects in his earlier works. His paintings also depicted scenes from the literary works of Cervantes, Francois Villon, Baudelaire, Albert Camus, and Federico Garcia Lorca. New heroes in his works emerged from journeys to Greece and Andalusia, where he observed different people in the streets, festivals, and churches.

Being a visionary artist, Jansem’s works embody a sincere self-exploration, filled with an immense love towards life and people. He often depicted different states of desperation, opening a window into the world of deep philosophical sentiments and thoughts for his spectators. He was characterized as a miserablist, an artist of unfortunate people.

Straddling observation and creation, Jansem’s paintings express a world occupied by a deep truth, and reveal his sentiments towards the misfortune of his people. His works embody the grief of the Armenian Nation.

Jansem’s landscapes have, with time, become a celebration of light. A personal  technique of art within the reach of anyone’s understanding, in the great tradition of French painting. The Academie of days gone by classified the genres in order of value: historical compositions, religious and mythological ones, portraits, still-lives and landscapes. Jansem and his effusive creativity were indifferent to this order. When still very young, the desire to paint landscapes of his travels emerged: his Georgics and Pastorals.

Jansem is a painter who dwells on his origins. He travels to Armenia and paints Lake Sevan, the unchanging whiteness of its waters contrasting with the thousands of blended greys of the mountains.

It is impossible to imagine anything so at one with the paintings of Jansem as his drawings. Nothing, from the beginning to the end, shares more closely his artistic universe than the writing which flows from it: inevitable and necessary as the circulation of blood in a man’s veins.

Resolute in his ideas, without being unduly quarrelsome, Jansem does not let off useless energy. But during the course of long conversations about his profession and about Art, the painter has revealed a deep culture and a sturdy inner security. This last, not based on Cartesian logic, is not shackled by the precision and limits of our mental landscape. His logic is on another scale; it is inspired by broader standards, where the visible and invisible, purity and misery are not contradictory. As a result, whatever he has seen or felt about nature ceases to be real.