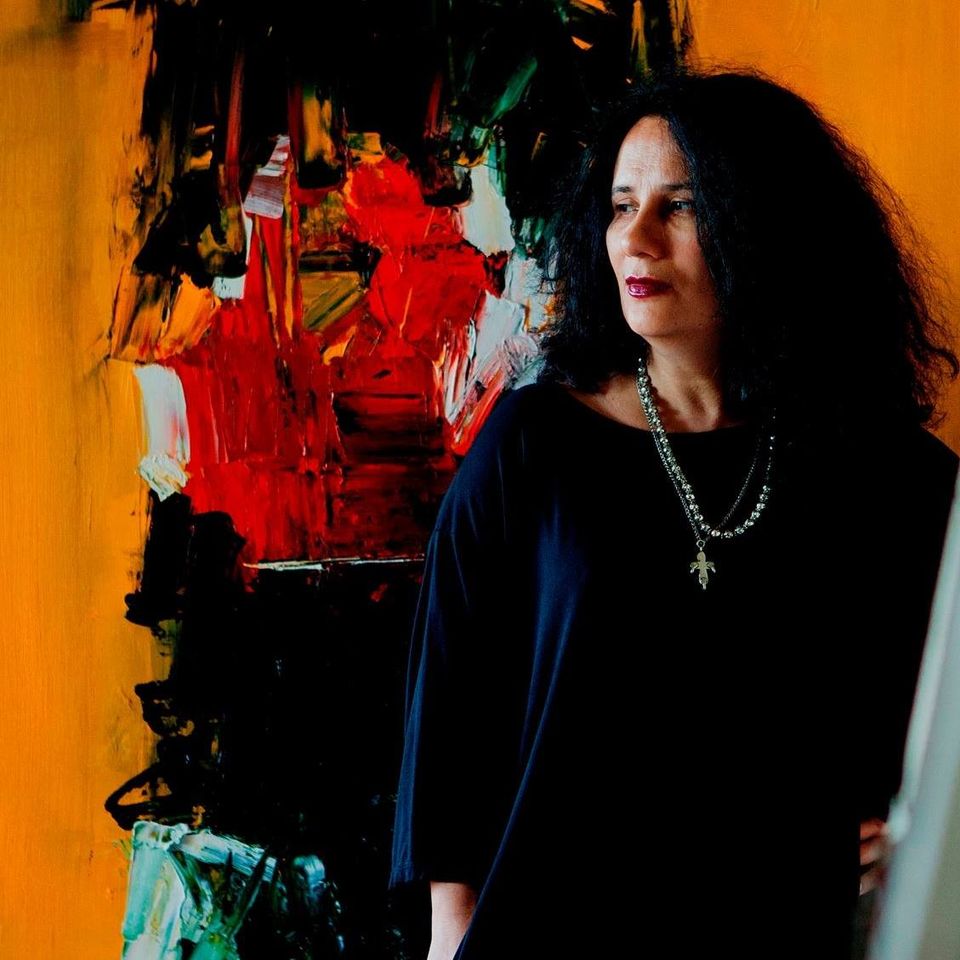 Moko (Mariam) Khachatryan was born in  1967, Yerevan in  the family of outstanding Armenian painter Roudolf Khachatryan. She grew up in the atmosphere of art and culture and began to paint at the age of 2. Her constant conversations on art with her father raised in her love towards the art.

1980-1983 studies at Esthetic Education Center under supervision of H. Igitian

2018.I Am Not Afraid To Fly - Armenian Art in Dubai' Gala art Gallery

2016."Fundraising Gala Dinner with Charity Art Auction .Highlight of the evening is a live demonstration by Moko Khachatryan."AvestArt  Zurich

1995 Charitable Exhibition of Russian and Armenian Artists, dedicated to the 50 th

Some of her are paintings exhibited in different private collections in France, Germany, Italy, England, Czech Republic, Russia etc., as well as in Modern Art Museums in Kuwait and Armenia. 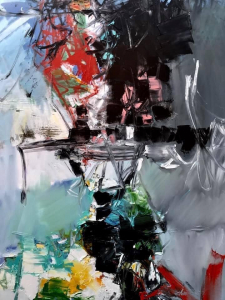 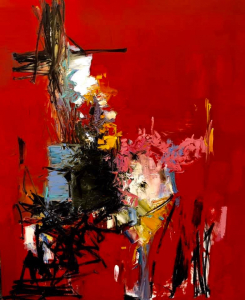 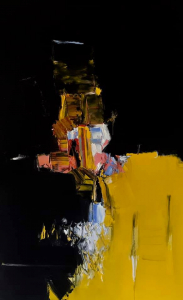 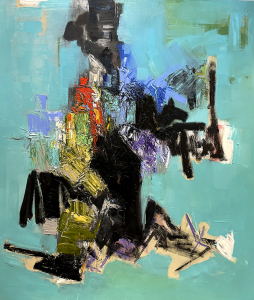 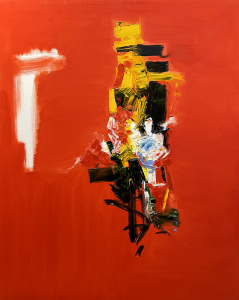 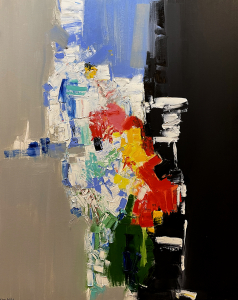 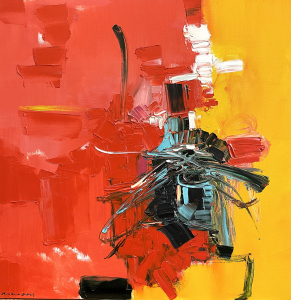 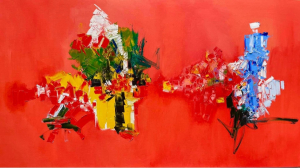 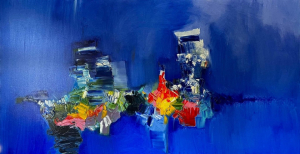 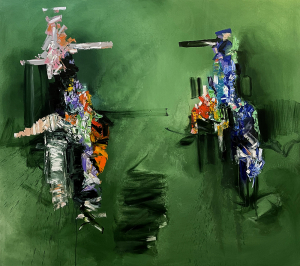 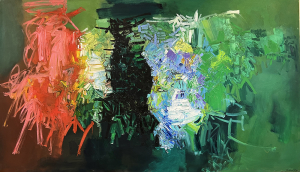 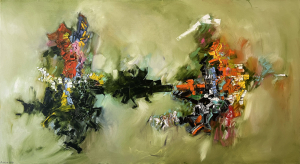 Mariam Khachatryan (MOKO) uses abstraction to express what cannot be represented through symbolic language. She creates fantasy landscapes, offering keenly envisioned environments in which the eye, and the heart, can frolic unfettered. With strong graphic line complicated coloring and layering of paint, MOKO creates dreamscapes that are dynamic and compelling. She has collaborated with musicians who have translated her visual arenas into the aural land of sound, timbre, pitch, and rhythm. All  of the senses available to the human figure are stimulated in her work.

You fly aloft, falling into the barbed wire for a moment. You escape from it and it seems that you don’t even feel the colic and continue to fly. You pass through wind circles, through black and dark and then bright passages. All of a sudden some pieces of ice shed on you. You continue to fly aloft and feel the nails beneath your feet which are hot and ting  because of the boiling rain. The nails seem to bring pleasure from the first glance, but in couple of seconds, you…

Here is Moko ‘s art expressing the relationship of her deep personality, reality and canvas. I am deeply impressed by Moko’s vivid imagination. Her unique individuality brought new shades of color to my musical thinking with emotions often incomplete and often with constant images. It seems to me, I found that the epicenter of the conflict of emotions, which give rise to inner joy.

With strong graphic lines and layers of paint, Mariam Khachatryan (MOKO) creates abstract paintings that splendidly echo opulent Gothic stained glass windows. A close look at Moko’s paintings reveals intense gestural engagements, whereby surfaces at once contain controlled, angular and geometric lines in the company of loose, painterly brushstrokes. As this duality of linear control and experimentation connects her work ta aspects of Cubism, Constructivism, and Abstract Expressionism, it gives rise to a distinct direction of postmodern abstraction. In Moko’s compositions, the compilation of lines does mot function as a mere support of the monumental, center figure; every linear trace is design with its own values. In these  paintings of Moko lines forcefully constitute forms that sing their own songs. Light and darkness in these images come across as optical forms of voice and silence of spirit and  body. In this manner, Moko reveals the endlessness of original insofar as the hand and eye collaborate to experiment, explore , mark, erase and re-mark the surface of the canvas. This labor of love of Moko compellingly bridges the gaps between the artist, paint and beholder.

While watching Moko’s recent stage paintings, one cannot help noticing the geometric net on the canvases which seems to comprise and bind separate fragments. Every single fragment contains symbols, which leads me  to compare Moko’s paintings with maps.  These are undoubtedly metaphysical maps, spirit road maps; that lead to perfection. These are ways to spiritual conflict solution. I get these impressions specifically from her “Towers” line. The painter confesses that she would like to build them only up.

Mathematicians know two eternities- useless and indefinite and constructive. The painter seeks constructive eternity, creates immanent , available perfection. I would call Moko an artistic theologian, an unintentional neoatheist, who has combined the rational with the glorious. She is, as well, a metaphysician in expressing human relationships. Several of her paintings are dedicated to, as she says, androgyny, but I think they are the road maps of a man and woman relationship. Man and woman relationship is a war where the feelings turn to pieces. Love is the creation of a whole unit out of the pieces of two persons’ feelings.

Her juvenile paintings were more liberal, but indefinite. Now they are more distinct, caring, sorrowful and mature, They are closer to us and to the eternal.